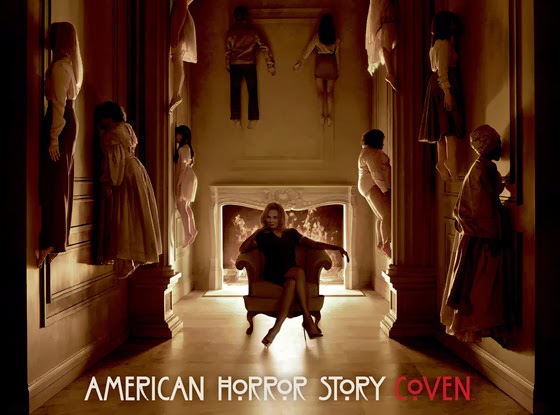 Kathy Bates joined the cast of American Horror Story this season, and she's playing Madame LaLaurie, an actual woman from New Orleans history who did horrible things to her slaves. Transformed into an immortal through the magic of voodoo queen Marie LaVeau, Madame LaLaurie is a pretty despicable person. She's murdered babies for their blood to make a poultice to keep her young, mutilated people, and just in general expressed a lot of delight while others around her suffered.
So in Wednesday night's episode, she's cutting some sandwich meat in the role of "maid" some 200 years removed from the actual time period that birthed her, and explains to Queenie (played by black actress Gabourey Sidibe) and states that she's trying to be good. She says, "I'm learning. That was a different time. I'm learning to be good from people like you." 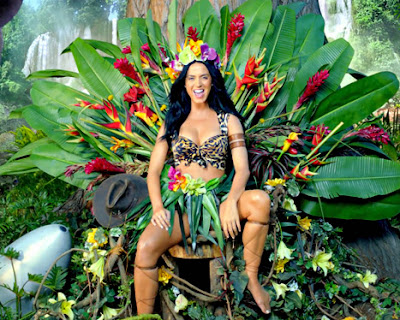 Guys, maybe I've grown up in a bubble, but I kind of believe that true evil just exists, and you don't have to be taught that. It just happens and those of us that aren't evil are left to pick up the pieces. The same way with good. If you are truly a "good" person, it just happens. There's not a cruel bone in your body. You feel compassion for others and you follow a moral compass that unabashedly points true. Someone that's "good" is the kind of person that would give someone the shirt off their back and make do without one. That's what "good" is.

So I guess I'm soliciting some opinions from you all on this. Can "good" actually be taught? Can "evil" actually be taught? Now just to be clear, I'm not talking about lawful or illegal behavior. I'm not talking about a person doing what's right because they make a choice based off of repercussions that might happen if they don't do what's right. I'm talking about actual goodness that goes down through all the layers and into the very center of who we are. Is that something that can be taught? Or is it something like blue eyes...you either have it or you don't.

I suppose that "teaching" is in line with this season's American Horror Story. After all, it takes place in a witch's school, and class is now in session.
Posted by Michael Offutt, Phantom Reader at 8:03 AM