A day late to the Renaissance Fair, but who's counting

I'm one day late to the party, but better late than never I say.


The Renaissance of Hetty Locklear by M. Pax definitely seems to be heading in a different direction from Mary's usual offerings. I've read one of her books, a pretty hard hitting science-fiction, and I really liked it. Here's what it's about:

A New Adult Urban Fantasy, The Renaissance of Hetty Locklear is the first book in a new series. And it’s out now! The main character, Hetty, is a 22-year-old stumbling about in an effort to become a full-fledged adult. She struggles with self-esteem, weight, relationships, and making the transition between college and the real world. 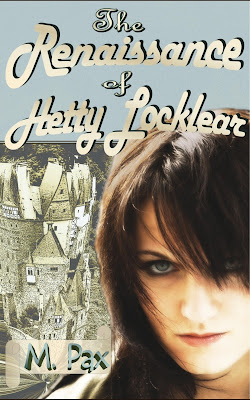 Graduation from community college isn’t the magic elixir Hetty Locklear counts on for becoming an adult. Her parents, who work the Renaissance fair circuit, insist she spend part of the summer with them. Hetty doubts pretending to live in the Middle Ages will help her find her way.
To make it worse, an entity haunts her at her dead-end job, warning her of a dangerous man she doesn’t know. The ghost leads her to a lover who has a lot of secrets. He pulls her farther into peril and into a strange, hidden world of genetic experimentation.

M. Pax is celebrating her latest release with a jousting tournament and contest at www.mpaxauthor.com. Cheer for the knights to help them win the grand prize, and you’ll be put in a drawing to win an ebook copy of The Renaissance of Hetty Locklear. Five will be given away. Huzzah! 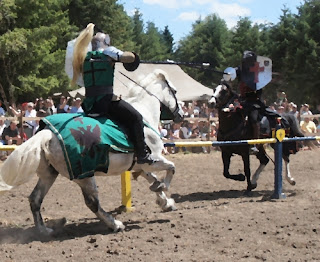 Have a great Tuesday and stop by to wish Mary a happy release day :)
Posted by Michael Offutt, Phantom Reader at 12:00 AM