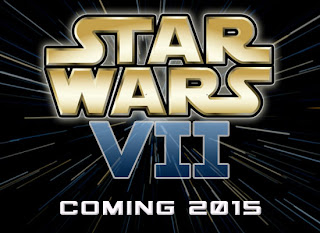 So the Star Wars/Disney deal is big news and my mental preparation includes a list of things that I hope Lucasfilm will not do in episodes 7, 8, and 9. I have a lot of faith in producer Kathleen Kennedy, as her name is on every single Spielberg film going back to pretty much Jaws. That is a resume of pure excellence that hardly anyone in my mind could top. Still, I do have five suggestions. Could we not have:

1) A romance in the middle episode of the trilogy. You can't dispute that Star Wars is pretty formulaic. The first in the trilogy is the introduction to the characters wherein they fight something evil and triumph with all happy faces to closing credits of John Williams iconic score. But the middle episode has always dripped with gushy romance. Empire had it first and then it continued with "Attack of the Clones." I say break with the formula. Of course, audiences could expect it by now so who am I to complain?

2) Can we not screw over the "extended universe." There's this word that floats around the sci-fi world. It's called "Canon", and it refers to the material that is officially endorsed within the Star Wars universe. Anything that is an outlier, gets kaboshed with the phrase "That's not canon." So if something in a Star Wars comic book or novel gets crushed by the words "not canon" then what the hell is it? I suppose "made up" would suffice. But then, isn't the whole thing "made up?" The whole "that's not canon" is just irritating. The Alien franchise is awash with this as movies like Alien vs. Predator get proclaimed "not canon." It just seems to me to be something that a nerd uses to dismiss the contributions of another that are viewed publicly as piss-poor.

3) Can we get new actors/actresses for Leia, Han, and Luke? I really do not want to see their old asses playing these parts. Harrison Ford looked like he was about to die in Cowboys and Aliens and don't get me started on Mark Hamill. He looks like Roger Moore does (remember James Bond)? My suspension of disbelief can only go so far and this pic of Roger just makes me cringe. We all gonna age and age sucks. Hollywood is definitely not immune. 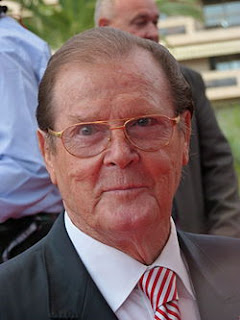 4) Can merchandising not include Princess Leia and Queen Amidala as "Disney Princesses."

5) Disney please please please do not take on Michael Bay as a director even if he begs and pleads. Just imagine "Star Wars Transformers." No No No No No. And please no Megan Fox or that awful Kate Beckinsale. Every movie either of these women is in sucks the big one all the way home. They are terrible.
I think if we steer clear of these things, I shall be a happy movie goer. I have to admit, I'm excited about Disney taking control of this franchise. As much as I liked episodes 1-3 (I have watched them several times), I think they could have been better. Almost in the role of a beta-reader, I would have made suggestions if possible. For example, I would have cut the Jar Jar character and redone Darth Maul so that he had more speaking parts and more of his back story on display. I would have hired a different child actor for the boy that played Anakin. Oy...he was terrible.

But I wasn't a beta reader for Lucas so all that's a moot point. What Lucas came up with (in my opinion) was still really good but it could have been better.

Having seen what Disney has done with Marvel's movies really blows me away. So I expect HUGE HUGE things. I expect to have directors like Joss Whedon or J.J. Abrams. Just please...no Michael Bay. Transformers makes my brain melt out of my ears.

And that my friends is all I have to say on that.

If you didn't visit Mary's blog yesterday, I was a guest on Spacedock 19. I talked about Japanese Kaiju and it was awesome. Read about it HERE.

Have a great Thursday.
Posted by Michael Offutt, Phantom Reader at 3:41 AM