In America we are about to have our zen moment

Oh America, as we all head toward the fiscal cliff...the last week or so has left me with a lot to think about regarding the results of the election. Let's see, we have whiners who are signing online secession papers for their state, and the rhetoric from the right that is bent on saying democrats are creating an indebted nation for our young without so much as a nod to the fact that as George W. Bush (Republican President extraordinaire) left office in 2008 with an extraordinary legacy:

Ah but let's just blame all that on Obama, right? Well with the election over and Romney the Plutocrat buried under a landslide of electoral votes that did not go his way, I guess it's time to look at where the money is going to come from to repair some of this damage. Don't mind the dude that got elected campaigning on the fact that he was indeed going to raise taxes on the 2%. It's not like your used to listening to anyone with a different opinion.

Because dear republican, us democrats will keep you grounded in reality. Let's take a look at some of the latest talking points that have occurred this month:

Conservative: Raising taxes on the job creators will destroy America and hurt the economy.

Liberal: This is just a scare tactic. America for 80 years before the Bush era tax cuts had much higher taxes on the rich (capital gains) and a social safety net for the middle class (you can look this up). The Bush era tax cuts treat CEO's like Warren Buffett as if they were an endangered species like the bald eagle. Truth: job creation is never going away. If you have an idea that will make you a million dollars, and you know it for a fact, you will do anything to make that idea a reality because greed is that much of a motivator. If you aren't doing this, you're stupid or you don't have an idea that would pass on Shark Tank. It's okay to not have ideas. Just don't use that as an excuse. Most of America is filled with empty heads when it comes to business anyway. Most of us live mediocre lives. If you are 50 and still dream of making your first million, statistics are against you. Most millionaires do so before the age of 30. Sorry, but that's just how it is. Math hurts sometimes.

Conservative: Papa Johns founder and CEO will lay off workers because Obama has been re-elected because The Affordable Care Act will cost him too much money.

Liberal: Another scare tactic. The math on what it costs the founder of Papa Johns to cover his workers with health insurance amounts to a million more pizza sales or raising the price a small margin on the cost of the pizzas. And he's giving away 2 million free pizzas in a commercial advertisement with Peyton Manning, anyway. The truth of this "claim" is that if the "job creator" of Papa Johns could outsource ALL of the pizza jobs to China, he would have already done so, and it would be called "Papa Sans."

Conservative: Hostess was killed by the greedy unions who are now besieging Wal-Mart, the great institution of American capitalism. Unions have a clear socialist agenda.

Liberal: Socialist? No. Unions are comprised of people who are tired of living on food stamps and eating Top Ramen and being forced to work on Thanksgiving, which is a nationally recognized holiday. Also, let's not forget the recent factory fire in Bangledesh that killed 150 people making garments for Wal-Mart. Maybe they could have used a union, and children who are now orphaned would still have parents. And when we look at Hostess, let's examine what really happened. Hostess had eight CEO's in the past ten years (bad management perhaps?). Hostess faced a continuous and significant decline as moms (yes you women out there) made a healthy choice to stop stuffing Twinkies in your kids lunch box and to opt for food fare that didn't include ingredients used in rocket fuel (yes Twinkies have this in them). Additionally, the last CEO of Hostess took a 300% increase to his wage after getting the union to accept a wage cut, dropping most of their workers to only $35,000 a year (which in my opinion is unacceptable). And then they wanted to cut even more out of the equation. Really? I suppose if that had gone through and the company didn't tank, the CEO would have wanted another raise.

My point (yes I do have one): I hope that there will be improved discourse between conservatives and liberals during Obama's second term. And stop with the secessionist talks. You lost. I didn't speak secession when my candidate Al Gore got defeated by yours in 2000 (even with all the fishy poll results in Ohio). Nope, I said he's my president even if I didn't vote for him. And then sat back and watched him proceed to financially rape our country.

Both parties need each other, even though we may hate what the other person is saying. Through open communication across the aisle, we may even find the best course to direct our country. But none of that can happen if people continue to be angry and shut their ears to what the other person is saying. Republicans and democrats are yin and yang, forever circling each other, and I think that is how it is supposed to be. In America, we are about to have our zen moment. 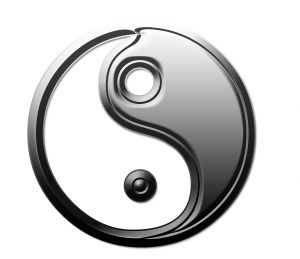 Posted by Michael Offutt, Phantom Reader at 1:39 AM

Email ThisBlogThis!Share to TwitterShare to FacebookShare to Pinterest
Labels: In America we are about to have our zen moment