Titans season 3 is coming and it will probably leave me disappointed yet again. 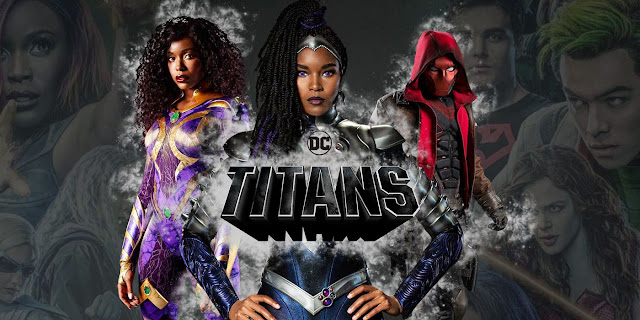 Titans season 3 is coming. I've watched the other seasons of Titans, first on DC Universe and later on HBO Max (DC Universe didn't last very long). That being said, I'm always disappointed. I was pissed last season when they killed off Wonder Girl. The actress's name is in the credits for filming season 3, so I think that we'll see her come back. However, this show consistently bites off more than it can chew.

In my opinion, there are too many characters and too many storylines to juggle in the ten episode season. They like to throw a lot of Batman stories into the mix, and (don't get me wrong) I do like the Batman. However, this isn't his show even if Dick Grayson is the star. Now we've got Jason Todd being cast as the Red Hood, and the trailer for season 3 seems to hint strongly at the Death in the Family storyline, wherein the Joker killed Jason Todd and essentially created "the Dark Knight," which was his decades long brooding phase where Batman was grim dark and the storylines were brutally violent and dripping with evil. The Death in the Family storyline was also very bonkers as Joker became a representative for Iran and received diplomatic immunity for killing Jason Todd. Then he used that status to try and gas the UN. Oh and Superman stopped Batman from going to kill Joker because Supes may not like diplomatic immunity, but he honors it. I'm like...what?

I guess we are also getting Barbara Gordon who I guess will be crippled ala the Joker so that she's Oracle (which goes along with the comic books) but it is also a dark storyline. And then there's Tim Drake (the third Robin), Blackfire, Superboy, and Krypto the dog. And that's not mentioning the Titans that we've already seen. Nobody gets any time and the ending of the season is always a low-budget mess.

Anyway, that's my rant. Below is the trailer for season 3 of Titans. I'm gonna watch it. I just wanted to bitch at something on a Friday.

Posted by Michael Offutt, Phantom Reader at 9:25 AM

Email ThisBlogThis!Share to TwitterShare to FacebookShare to Pinterest
Labels: DC Comics, Titans, Titans season 3 is coming and it will probably leave me disappointed yet again