Zack Snyder's cut of Justice League is redefining what a director's cut for a movie actually is. 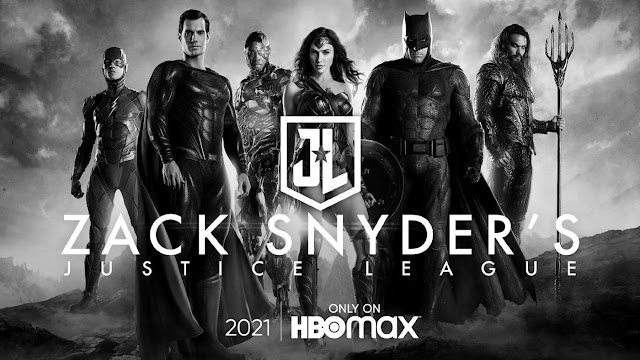 Just when exactly did getting a cut of some previously released film mean that you could shoot new footage and somehow rework an entire story? Was it George Lucas that started this? In asking this question of myself (and before I posed it to you) I started to think...yeah...I bet it was George. But at the time when I watched the Star Wars movies re-released and with updated new footage, I didn't think it was any kind of "cut." I thought it was just a guy who may have had a vision that technology of the time couldn't produce. So, it seemed to make sense that for a work of passion (which Star Wars obviously is) that we should cut the guy a break.

Fast forward to 2020, and all the news I read about the Zack Snyder cut of Justice League makes me think of the many re-releases of the original trilogy of Star Wars, and I'm finding myself in this weird boat where I was okay in cutting George Lucas some slack, but I think Snyder should just shoot a whole new movie? I don't know...it's just so weird as to what's going on with his Justice League cut that it doesn't even sound like it will be the same movie. Like...how is that a cut?

A cut is when you have to take things out of a movie to make a film fit within a certain time limit. It can also be something that you take out of a film in order to meet a certain standard for reviewing, or to meet a rating requirement for a wider theatrical audience, right? But what Snyder is doing is bringing back actors to film more footage. For example, Jared Leto is reprising his role as the Joker from Suicide Squad (his performance wasn't all that great and I guess his antics on set included sending used condoms to his castmates). Then there is Ben Affleck, Ray Fisher, and Amber Heard who are also reprising their DC roles for new footage in Zack's cut. We already know that there's going to be at least one appearance of Darkseid, but in what capacity, I don't think anyone (but Zack Snyder) is sure. Am I interested in seeing the Snyder cut of Justice League? Absolutely. Is it the same Justice League that I saw a few years ago? It doesn't sound like it will be at all.

Look, this seems to be a situation where it's kind of a matter of perspective. A Justice League film was released in theaters, so the movie's done as far as specific values of "done" are concerned. This new Snyder-cut that people have been clamoring for years to see (I think) never existed. But clearly Snyder wanted to make a certain kind of movie, and now he's been given a budget and enthusiastic actors who are ready to splice and dice this thing into whatever version of Justice League that Snyder wants. So he gets to decide that if he wants to write and shoot something brand new...well that's what's going to happen.

Just to be clear...there was no Snyder cut until there was. This seems oddly like some kind of philosophical argument like figuring out through a time loop that the reason trees have fallen in a forest is because you actually had to cut them down and just never got around to time traveling yet to make that happen. I guess we call this platform evangelism, which can bring us things like the sixth season of Community.

I have no idea what type of story this movie is trying to tell. I guess I'll find out next year. What about you? Do any of you out there have opinions on the Snyder cut of Justice League?

Posted by Michael Offutt, Phantom Reader at 12:50 AM