David Attenborough's A Life On Our Planet will probably win the Oscar for Best Documentary simply because it has to. 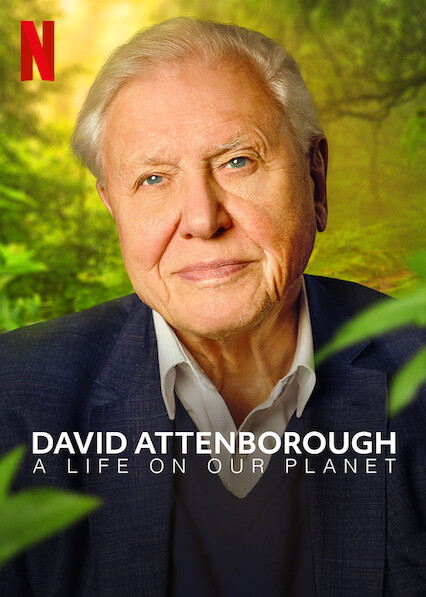 Have you watched David Attenborough's A Life on Our Planet? The documentary, which he calls his witness statement, is about how human caused climate change is wrecking our planet in a startling short time, and what we can do about it. There are moments where he is obviously vexed by the disastrous course humanity is taking, and how it will ultimately lead to our extinction if we don't take drastic steps. It's all backed up by science of course, and I one hundred percent believe everything he is saying.

But we live in a world where a lot of selfish people can steer the course of our civilization. And it is so very difficult to understand the kind of self-fulfilling idiocy that humans seem to own in spades. For example, these troublemakers in our society can hold up a glass and say, "Hey, this is shattered!" If you disagree, they smack it against something and shatter it and then say, "Told you so! It was broken all along. It just didn't know it was broken!" Well...how do you argue with that? It's like a textbook example of someone declaring the election a fraud and then doing everything in their power to make the election a fraud. I've never seen anything like it. But more to the point, this childishness isn't the kind of thing that is going to solve the very frightening reality of climate change. Everyone is going to need to be on the same page, and that doesn't seem possible. I don't know if humanity can actually right this train. It seems we might just go right off the cliff and into whatever awaits us.

We may have once walked on the moon, but I think the great issues of our time will prove our undoing. That being said, I do have a useless prediction about David Attenborough's documentary: it will win the Academy Award for Best Documentary. And it isn't that it will win this honor because it is an extremely well-done documentary. It's just an old man in his nineties, having lived an ultra-privileged life that is exceptional even for white males, standing in the ruins of a town near Chernobyl and talking about the death of biodiversity, and then suggesting a course of how we can turn it all around. It will win, because it must win. It will win, because...like Obama with the Nobel Peace Prize...it is the issue and the spotlight that matter, and not so much that the documentary is better than anything else for which a documentary is made. And that is my prediction. David Attenborough's documentary will stand alone, because it must stand alone. And everyone who watches it will see that for themselves.

So if you haven't watched A Life on Our Planet, I do recommend that you do so. In his own words, the world no longer needs intelligence. It needs wisdom, and that is going to start with all of us, or at least, all of us that give a damn. Whether that is enough, only time will tell.

Posted by Michael Offutt, Phantom Reader at 12:09 AM