Star Trek: Discovery is back for season 3 and the first episode gave us a lot to love about the far future. 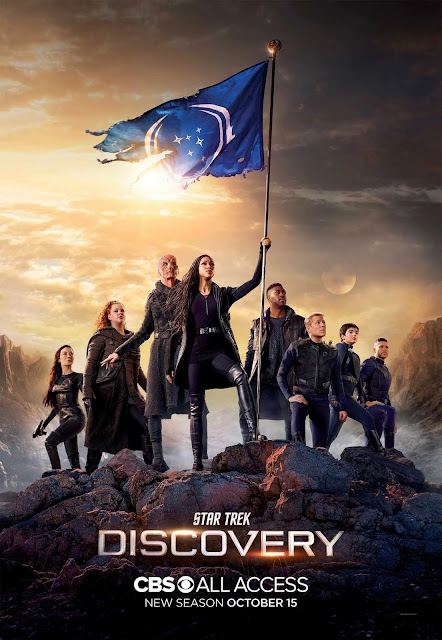 Yay! As the third season of Star Trek: Discovery got underway last week, we all got news from CBS that they've already officially granted a fourth season to this incredible series. Discovery and the new wave of shows that have popped up in its wake like Lower Decks and Picard have been a real treat in these troubled Covid times. Not only are they exciting to watch, but the overall message of hope and wonder and people just being nice to one another is the kind of comfort food that I need right now. And this is especially true with an election going on. I can just tune out all the noise and watch Michael Burnham overcome the struggles she's dealing with in her world. As an aside, Discovery taught me that the name "Michael" could be gender neutral. At first, I had a bit of trouble with it as my own name is Michael. However, it grew on me, and now I can easily see naming a girl, Michael.

I'm sure my sentiments on Discovery would enrage the Trekker Proud Boy conspiracy theorists on YouTube, if it were to catch their attention (which it won't as my blog is small). These are the guys that pound taking the "red pill" and how Discovery, because of its diverse cast which includes strong women and queer characters are ruining Trek. But those people are just dinosaurs marching off to their tar pits. Additionally, season 3 is expanding into the exploration side that resulted from a spectacular season two, which had a really clever mystery that unfolded with epic universe-ending consequences.

And the opener to season 3 was a pretty wild ride, which is typical for this show. We got wormholes, shootouts, drugs, new aliens, and new worlds. I did have a few observations that I'm going to write down, and they are spoilers, so if you haven't watched the season 3 premiere, you should probably stop reading now.

1) The character Book is very interesting, and he pretty quickly intuited that Michael (Sonequa) was a time traveler.

2) Seeing Burman get high from the truth drug was very entertaining. Sonequa is a wonderful actress.

3) Where is Discovery? This is a mystery that has me sitting on the edge of my seat waiting for an answer.

5) It was really moving to see Burnam make the guy holding down the fort in the deserted Federation station into a Starfleet officer. And then they hung up the United Federation of Planets flag. I really liked that.

And that's it for my observations. Did anyone else watch the premiere? Anyone else want to weigh in?