I'm in shock over how extreme our climate is becoming out here in the West.

An extreme weather event blew through Salt Lake City on Tuesday. The area effected was all the way to northern Utah, with winds reaching 100 miles per hour. On Saturday we were 100 degrees here. Now it's like forty degrees outside. I have always believed that humans are causing the climate to change incredibly fast, but these extreme weather events have even taken me (a natural pessimist and believer that humans are by and large terrible) by surprise. My neighbors to the far west in California are constantly on fire, our air here in Utah is always smoky (during the summer and fall) these days, and our summers are getting extremely hot. I think we had ten days in a row in July with temps over 100 degrees, and in some cases around 110. This. Isn't. Normal. This was the hottest summer Utah has ever experienced since records were kept. What makes it strange is that I believe, next year will also be the hottest summer Utah has ever experienced since records were kept. And so on and so forth. Wildfires explode with such intensity that they've created a new name for them. They call them "gigafires," because they burn down 1000 acres in just a few hours. This didn't used to happen.

Anyway, here are a few pictures from around the valley of things that happened due to the extreme wind storm. Tons of big trees fell in one of the parks not far from my house. However, nothing bad happened to my house. Just a ton of debris in the yard, and my two big planters on my porch that weigh probably 100 pounds each filled with wet soil and plants ended up on the sidewalk (yeah...the wind was that strong). As I'm writing this, there are 100,000 people out of power in the Salt Lake area. I guess I'm one of the lucky ones, especially since temps are plummeting. It's going to be in the low 20's in Park City tonight, which is only 15 miles from me. Again, we were 100 degrees just two days ago. 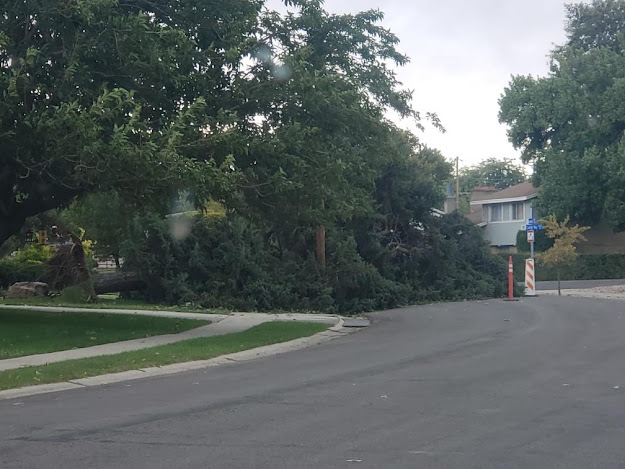 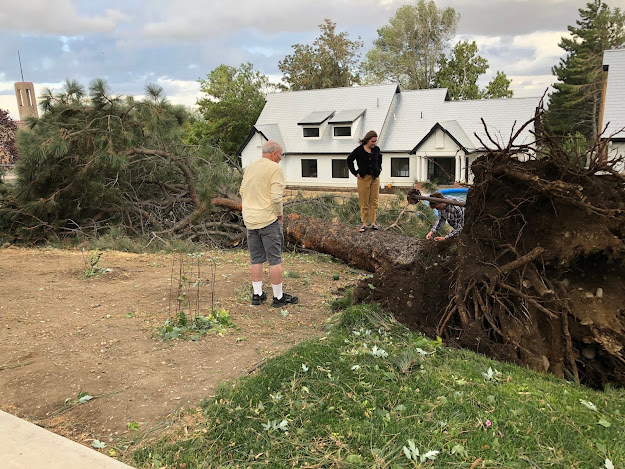 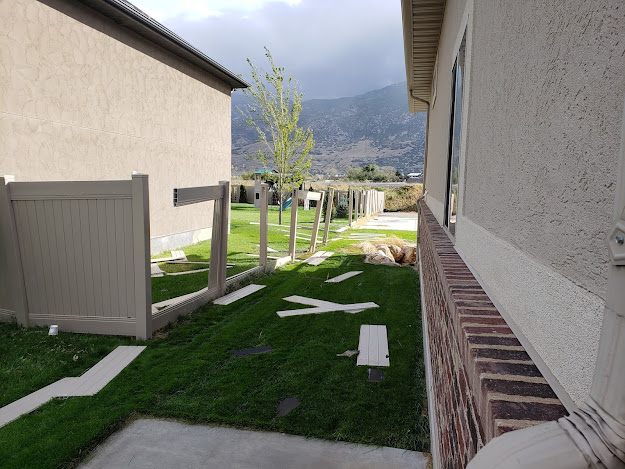 Anyone else noticing extreme weather? Anyone else even care? If there are climate change deniers who read my blog...are any of you at all worried about the world you are leaving to your children and grandchildren? Another day in paradise I guess.
Posted by Michael Offutt, Phantom Reader at 12:00 AM

Email ThisBlogThis!Share to TwitterShare to FacebookShare to Pinterest
Labels: Climate Change, Extreme weather, I'm in shock over how extreme our climate is becoming out here in the West