Look at this dragon and feel dragon fear for the first time. 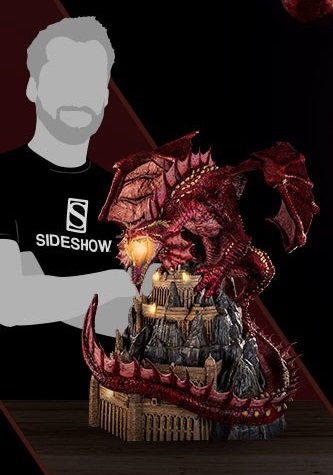 Dungeons & Dragons, which is a tabletop roleplaying game that I play, makes miniatures to enhance the tabletop experience. I collect said miniatures. That being said, they have now officially licensed a unique "miniature" for a red dragon that is so enormous, it is being called a statue. I thought for a moment that this was just a collector's item. But I soon learned that this unique statue is (in fact) to scale and meant to be used in the tabletop game, should players really need a challenge. I thought to myself, why is it so large? It is several times larger than even the largest dragon present within the lore of the game. Here's a picture of what I'm talking about. Keep in mind, that the minis in the foreground are the size of a quarter.
So what is going on with the enormous red dragon that is in the above picture, with the silhouette of a 6-foot tall man standing behind it for comparison? Well, it turns out that Dungeons & Dragons has an in-game explanation. The dragon's name is Klauth, and he's so old that he technically should have died of old age (which is usually not a thing that long-lived dragons need to worry about). Being supremely evil, Klauth has resisted death by using black magic on red dragon eggs (he's a cannibal, go figure), and this magic combined with eating his own kind has not only extended his life, but allowed him to swell to sizes previously not encountered by anyone in the realms in which he dwells.
Anyway, this dragon is something I can pre-order now, and I'm strongly considering it. For one it's just an epic piece that I could display in my house. Additionally, it would awe just about anyone that was playing in one of my games if I slapped that thing down on the table and declared, "This is what you see on the mountaintop." That alone might be worth the reactions. There's a few more pics of it below, and please note that it does light up, so I think it has batteries. 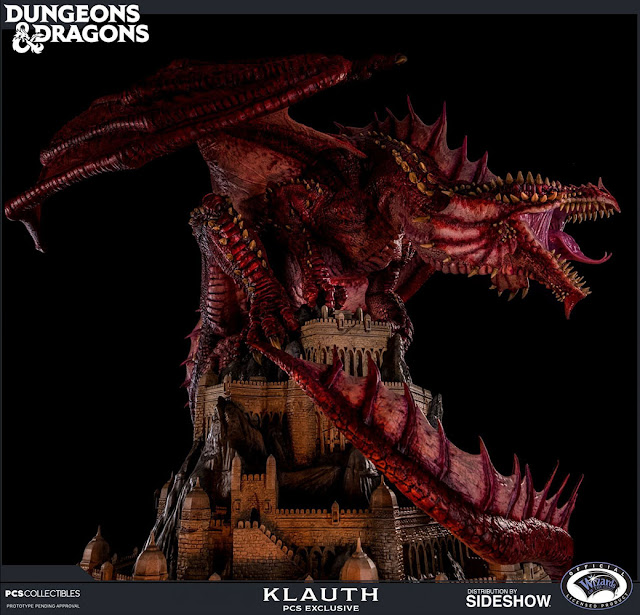 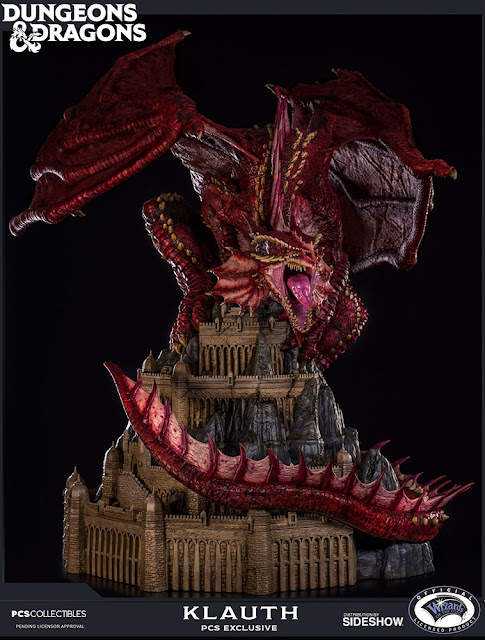 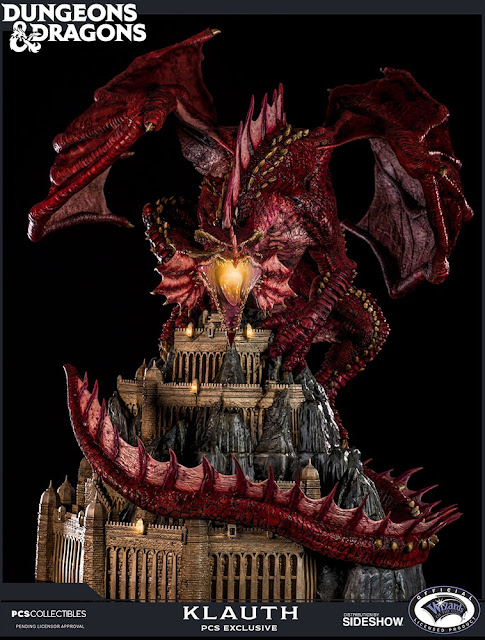 Posted by Michael Offutt, Phantom Reader at 8:41 AM

Email ThisBlogThis!Share to TwitterShare to FacebookShare to Pinterest
Labels: Klauth, Look at this dragon and feel dragon fear for the first time, Sideshow Collectibles