Will Doctor Sleep be any good? 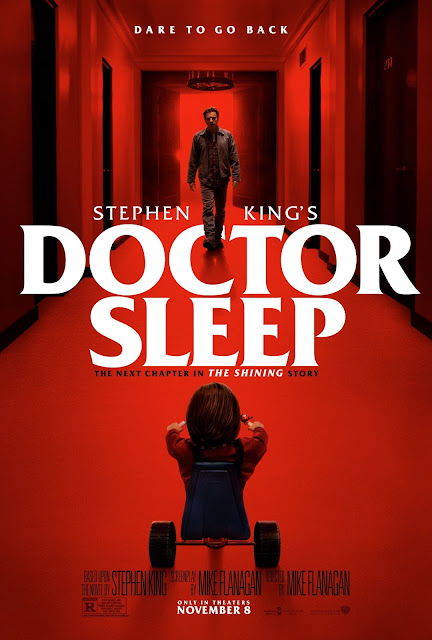 I'm probably (most likely) going to a Fandango early release of Doctor Sleep this Wednesday, October 30. The thing is, I'm wondering if it will be any good. Early viewers of the movie have said this:

"Crafts visceral, disquieting dread not too dissimilar to Kubrick's masterpiece."

"Doctor Sleep is great...But bloody graphic with the violence in parts and very upsetting but so well done."

And then Stephen King weighed in as well by saying, "Mike Flanagan is a talented director, but he's also an excellent storyteller. The movie is a good thing. You'll like this if you liked THE SHINING, but you'll also like it if you liked SHAWSHANK. It's immersive."

The thing is, Stanley Kubrik was a legend in his own time, and he's kind of grown from there after his death. 2001: A Space Odyssey, which announced the experimentalism of new Hollywood at the same time that it created a different playbook for visual effects kind of defines who he was as a director. But it was a different age, with a bar that was far less crowded with people who didn't go to film school to learn all of the techniques to tell a visual story. I'm not even sure a director can even impress us these days, because the audiences have seen everything.

The fact that King is giving props to Flanagan (however) is good, especially given King's notorious dislike for The Shining's original depiction in film.

I'm going to try and keep an open mind, but I'm inevitably wondering if Doctor Sleep is going to be any good. I guess I'll find out.
Posted by Michael Offutt, Phantom Reader at 12:05 AM

Email ThisBlogThis!Share to TwitterShare to FacebookShare to Pinterest
Labels: Doctor Sleep, The Shining, Will Doctor Sleep be any good