If you want to give your kids the best chance at success in life you should strive to raise them free of all personality disorders. 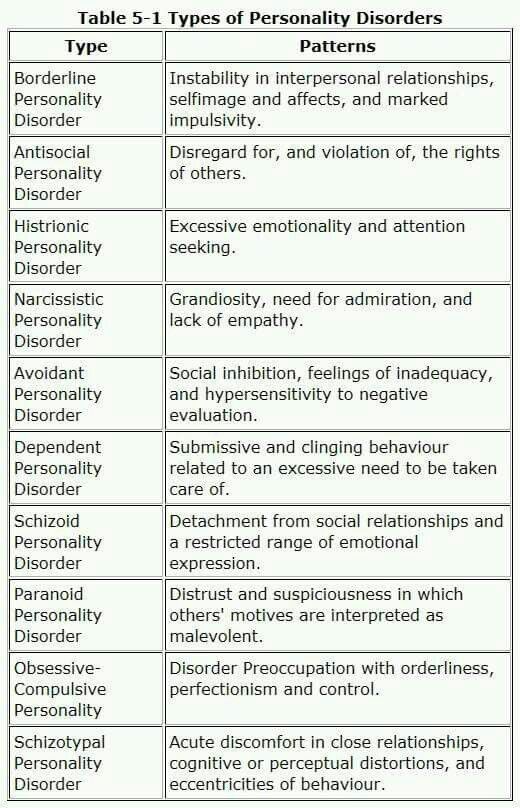 So, why then did I start thinking about this? Let’s chalk it up to personal experience. I work and associate with a lot of people who struggle to “independently” support themselves, and I’ve noticed a trend: a lot of them are assholes. Many of them are terrible communicators, and this terrible-ness extends to avoiding communication altogether, ghosting, or lack of explanation and follow-through. Many of them exhibit toxic levels of narcissism by “splaining” away on various topics as if I were an uneducated slob. They can be bossy and rude. Many of them post a ton on social media, are very active on Instagram, as if every aspect of their lives was celebrity-worthy. Many post antagonistic things on social media as if begging others, “Come fight me, bro!” I suppose this behavior could be called, “Trolling,” but I’d also say it comes from a place of bitterness. Many of them cannot be counted upon to help out with manual labor requests, even though they have all the time in the world to do so. Many of them ask to borrow money with no intention of paying it back. Many of them are perfectionists, meaning nothing is ever good enough for them. They find a way to criticize just about anything. Many of them are ungrateful and undependable. And many of them act entitled as if they were prima donna’s in their own opera. Many of them are okay with casual exploitation. Quite a few measure value in physical appearance only, and this is usually because they have come to value this about themselves for whatever reasons.

This idea of mine grew out of all of the above experiences and with me asking a question: why are my interactions with people who struggle to support themselves so profoundly negative? You see, this flies in the face of what I was taught: that poor people were humble. I have found over and over and over that this is not the case at all. Then I picked up a report about homelessness and read a line that I had previously encountered before (and just never processed what it was actually saying to me): “Personality disorders in the homeless population are two to four times as prominent as those found in the general population.” This wasn’t a “new” thing, but my understanding of what that one line said was like a light bulb turning on in my head. It’s the personality disorder that created the homelessness, and not the other way around. I thought poverty and homelessness was the trauma that resulted in the personality disorder, but I don’t think that’s actually what’s going on here. And it makes so much sense with regard to the reality in which I live.

For example, no one I know (including myself) has fun working with people who have personality disorders, because (for want of a term that encapsulates what this means in practice) they are assholes. To explain it another way, it’s hard to work with a “jerk” (using another synonym), because they are abusive. It takes a very special person to sign-up to being psychologically and emotionally abused every day by another person. So these people with personality disorders end up being unsuitable for the workplace (and for a lot of life actually), which leads to casual and illegal drug use and the partying lifestyle (and generally heading straight for “rock bottom”).

In other words, I think personality disorders in adults are a gateway to illegal drug use and unemployment. And the thing is, no one talks about treating personality disorders as a solution (or nipping budding personality disorders in young people). What I see are people trying to address the symptoms, i.e., things like housing, donations, and the drug trade. But it also makes me think that this is all we can do as a society, because personality disorders are very difficult to cure or treat. For example, professionals are not even on the same page as to the cause of personality disorders in the first place, because it (potentially) can be anything in the environment. Is it parenting? Is it a social group that forms around a child at school? Is it commercialism and capitalism? Is it competition? Is it bullying? Or is it all of the above? Is it something I haven’t listed? If I were to give any advice to a parent, it would be this: raise a child to adulthood without any personality disorders, and you will give your child the best chance you possibly can for them to succeed. But as my friend has pointed out, when I told her my observation and idea, “How the hell do you do that in today’s world?” This comes from a mom who did everything she could to raise her daughter right, and guess what? Her daughter is brimming with personality disorders. Because of these personality disorders, the daughter is probably (and unfortunately) headed for rock bottom at some point. It’s like you can see the train wreck coming, and there’s no way to correct the course.

I do know people who are (to my knowledge) free of personality disorders, and they are a delight to be around and all of them are successful by every measure we have today to view such things. Is it a coincidence? I think not. And the fact that I know people who are free of personality disorders makes me believe that it’s possible to raise children to adulthood without them. I just can’t tell you how to do it. However, it seems like an awfully important goal to strive for, and one that (I believe) is not talked about enough when it comes to what it takes to independently support oneself in today’s society and to achieve some measure of fulfillment with regard to one’s life. “Don’t get infected with any personality disorders, folks,” is easier said than done.
Posted by Michael Offutt, Phantom Reader at 12:06 AM