The last two episodes of Titans have been great because they introduced a perfectly cast Superboy. 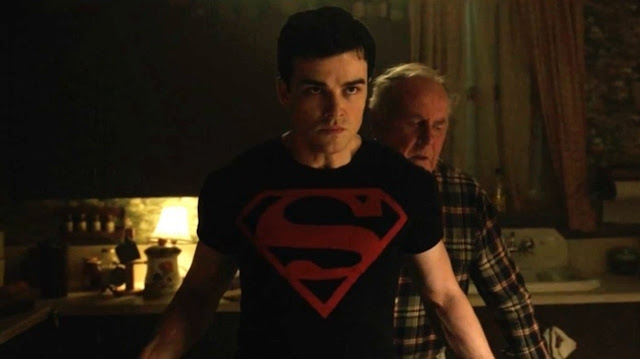 Superboy joined the Titans on DC Universe, and has been present more or less in the last two episodes. The first episode that introduced him, called Conner, was really good. And bonus...we got Krypto the Wonder Dog as well. Why am I excited? It's kind of fun seeing the dog shoot heat vision beams out of its eyes. Played by Australian actor Joshua Orpin, I think that the casting for Superboy is absolutely perfect.

***Spoiler alert if you are planning on watching the series***

Okay, if you have made it this far, then you probably have either seen the episodes or don't really care. Either way is good. So the way "Conner" (who is Superboy) gets introduced is a bit jarring and messes with the pacing of season 2 just a bit. However, it pays off because Conner is in the right place to scoop Jason Todd out of the air to keep him alive a bit longer (see "A Death in the Family" for more of Jason Todd's ultimate fate). It seems "hamfisted" just a bit. However, I'm so glad they went there. It was really embracing the whole "superhero comic book show" theme. Plus, I think live-action Superboy is better than any of his animated doppelgangers have been.

The introduction of "Conner" feels like a great new direction for the show. Now if we could just get Koriandr to fly around I think I might be a bit more satisfied.
Posted by Michael Offutt, Phantom Reader at 12:05 AM

Email ThisBlogThis!Share to TwitterShare to FacebookShare to Pinterest
Labels: DC Universe, The last two episodes of Titans have been great because they introduced a perfectly cast Superboy, Titans