I think Cersei Lannister intends to burn King's Landing to the ground with wildfire in the finale of season six. 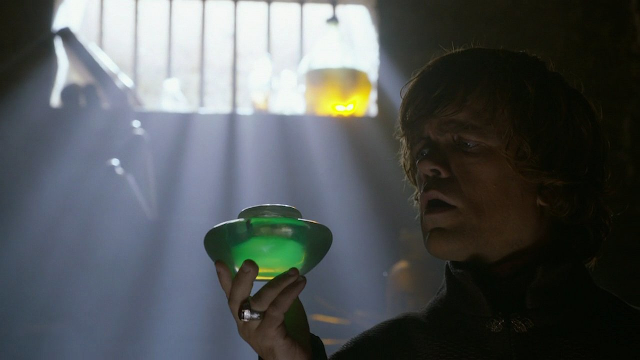 What's going to happen in the two remaining episodes of Game of Thrones season 6? They are titled: "Battle of the Bastards" and "The Winds of Winter" and HBO has refused to release synopses of them, even though they have for every episode prior to this. "The Battle of the Bastards" seems pretty self explanatory. Ramsay Bolton versus Jon Snow for a full hour over the fate of Winterfell. But "The Winds of Winter" is more ambiguous. Obviously, HBO's going to release more of the coveted information (in screen format) of the story that has yet to be published by George R.R. Martin. But I think we have some foreshadowing coming that's probably a "tell" of the horrors to befall King's Landing.

So I started thinking on that line, and (for those of you that watched "No One") you'll recall that in that very same episode Cersei and Qyburn (the disgraced maester that made an undead out of Gregor "The Mountain" Clegane) had a brief exchange about a "rumor." Qyburn told Cersei that he had his little birds investigate it, and that it holds a lot of promise. What could that rumor be?

I think it has to do with a huge cache of wildfire under the city. So to answer the question of what might we see in the season finale, I think we're going to see King's Landing get burned to the ground. It will effectively destroy all of Cersei's enemies, get rid of Margaery Tyrell and Loras Tyrell, and rescue Tommen from the clutches of the Faith Militant. With King's Landing and the last great houses of the realm in ashes along with it, I think the snows will finally arrive in the south bringing with it the foreboding truth that winter will come for them all. And of course, it won't work out exactly as Cersei planned but she won't care because (as Olenna Tyrell put it) she may be the most awful person in the world.
Posted by Michael Offutt, Phantom Reader at 12:00 AM

Email ThisBlogThis!Share to TwitterShare to FacebookShare to Pinterest
Labels: I think Cersei Lannister intends to burn King's Landing to the ground with wildfire in the finale of season six, Wildfire