No One was a huge disappointment for me on last night's Game of Thrones. 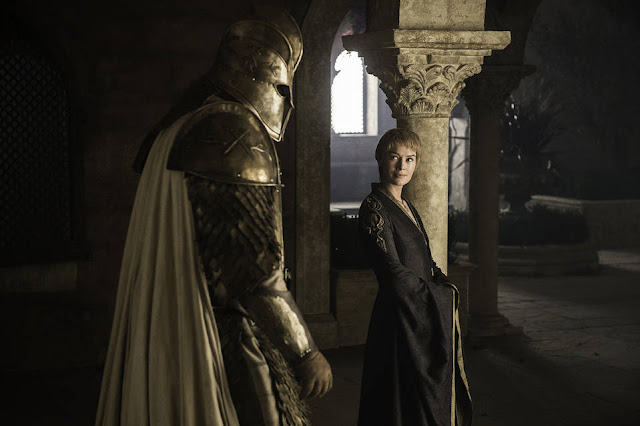 Last night's Game of Thrones episode called "No One" was a little bit of a disappointment. But this time I'm going to say, "It's not them, it's me" because it really is. You see, I spent the week ruminating over a theory that I came up with that made perfect sense in my head (I didn't blog about it), but I told all my friends and even people at work. To elaborate, I thought that Arya using her right hand last week to throw the coins and then idly walking around as if unafraid of any consequences of thwarting the Faceless Men seemed out of character (Arya is left-handed in the books and in the show). She was also missing "Needle," her signature weapon. My mind had cooked up this scenario in which Jaquen Hajar actually wore Arya's face. You see...I was thinking that Jaquen would be out "testing" the Waif to make sure that she did not let Arya suffer but kill her quick. I also thought that Jaquen probably wanted to die, because Arya did name him as the third name back in season two (owed to the god of death) back in Harrenhal. And I have kind of suspected that Jaquen liked Arya, and maybe that he thought he'd escaped the clutches of the god of death out of a technicality (and wanted to set things right). Anyway, all of those things went through my head, and none of it was correct. It really was Arya that got stabbed, and she really was being that stupid. Sigh.

And then there was the reunion of Jaime and Brienne. In the books, I've felt that Jaime was falling in love with Brienne. But their reunion was little more than a hand wave and a final nod that the bad ass valyrian steel sword he gave to her really does belong to her for all time. The television adaptation has obviously decided to double-down on the Cersei/Jaime love thing which (in the books) seemed all but unsalvageable and broken. So now Jaime has accomplished what he set out to do (take Riverrun) and can go back to Cersei's side. Blech. 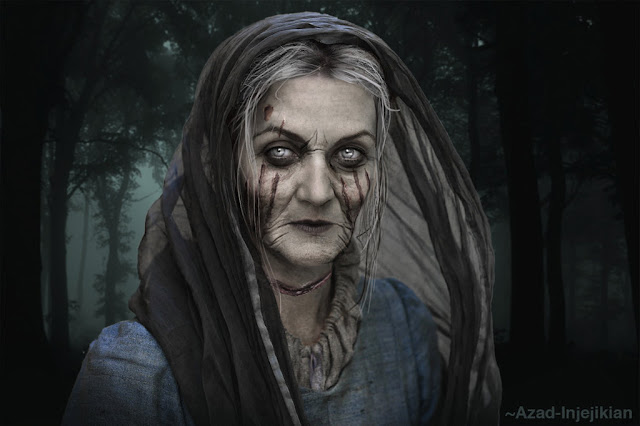 And then there's the realization that Lady Stoneheart is definitely not coming into the series. This was a zombified (if you will) Catelyn Stark brought back by the magic of the Lord of Light. In the book she takes control of the Brothers Without Banners. But if they were going to introduce her, it should have happened last night when Sandor Clegane, a.k.a. the Hound joined up with them. So that's not going to happen.

And the final disappointment was seeing King Tommen get rid of the whole "Trial by Combat" thing. This was going to be the zombified Mountain's shining point as he got to go against whomever the faith had to represent them: assumedly it was going to be Sandor Clegane or "The Hound." So basically, a "Clegane-bowl" of brother versus brother. But with Trial by Combat removed by order of the King, it's not going to happen and instead Cersei will be found guilty and punished "accordingly" (which everyone can pretty much agree has been a long time coming).

So yeah. Disappointed but still a fan. It's hard to believe that this season is almost over.