There is good and bad out there and we all know it's out there but no one can tell the difference between them. 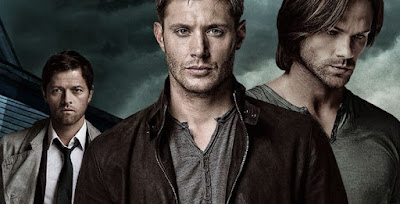 Why do we have stories that never end in a world that says this is exactly what you shouldn't do and is basically the reason why authors need editors? Unless of course, chopping content is a meaningless exercise, and there are people that actually want demand that content. I guess the trouble is finding out who wants that content, and those who don't are just part of the problem because they probably didn't like the story anyway.

There are so many examples of this. Brandon Sanderson's new book is so huge that he expressed worry on social media that if it got too much bigger the publisher might break it into two books. Of course fans were like, "we want it to be endless...." It makes me shake my head, and then I realize how much endless content there is that I consume. Heck, why do I even want something that I love to end? Would anyone choose to end a romance with a paramour? Nope.

Supernatural on the CW is getting renewed for its twelfth season, when the story really ended with season five. The Walking Dead is probably endless, but at least they've got a way to keep the story fresh by killing off and replacing the cast with new ones (and they keep coming up with more story that somehow manages to be more shocking than anything you've seen before). Then there's The Simpsons, and I have no idea what season they are on. Same for South Park.
George R.R. Martin originally intended his fantasy, The Song of Ice and Fire, to only be a trilogy. We know how that worked out. And let's face it, Piers Anthony with his endless Xanth novels and Laurell K. Hamilton with her Anita Blake series have no end in sight. All of this goes into my brain and makes me think that (as writers) we only really need to pare down our words if we have no readers. Once people get to liking what you write, then you can just keep churning out stuff and they'll just keep consuming. That's the way people are. We latch onto things we like and keep going back.

So maybe writers should just remember that you only need to keep track of word count if no one reads your work because no one is interested in what you have to say. But once you get people who are interested in your characters and story, you can just write and write and write and it doesn't seem to matter. J.K. Rowling knows this first hand. She could write Harry Potter stuff until the end of time and none of it would matter. So in a way, ending things has nothing to do with a fan base and everything to do with an author. Maybe what I'm talking about here is "integrity" versus "selling out." Integrity means you stop when you're done with a story even if it's super popular. An example is "Breaking Bad."  Selling out is when you realize that you've created a money-printing franchise that people are interested in, and you just keep churning out material to get a paycheck.

I suppose in the end I'm just interested in the phenomenon itself. That is, I'd like an answer as to why it's okay if some stories never have an ending and why there are so many people who tell you exactly the opposite. I suppose there isn't a good answer unless you accept the fact that people have a hard time figuring out what's actually good. Maybe that's the problem. There is "good" and "bad" out there, and we all know it's out there, but no one can tell the difference between them.
Posted by Michael Offutt, Phantom Reader at 12:00 AM

Email ThisBlogThis!Share to TwitterShare to FacebookShare to Pinterest
Labels: Bad Writing, Good Writing, There is good and bad out there and we all know it's out there but no one can tell the difference between them