Why is the lack of information about something so damned addicting? 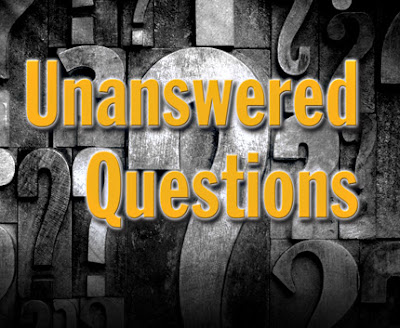 Today's blog post comes out of a realization that I may be one of the sheep that gets sucked into hype. It's an admission that's been a long time coming, but we are legion (this army of sheep), and because of our over curious natures we must poke and prod at things until we find out the truth. It's honestly why I keep coming back to things, and I'd just like to know why my brain (and many others) is wired this way. You want examples?

In the new Star Wars: Force Awakens trailer we now know that Maz Kanata is 1000 years old and she's voiced by Lupita Nyongo. The lack of knowledge about this character has led many to speculate it's a "new Yoda" which may be why she's so old. A new Yoda?! Are you f'ing kidding me? That would be so cool IF IT'S TRUE. Also, what's up with Kylo Ren's saber? Supposedly, the quillions are there to "vent" energy from the light saber because it's unstable. But why is it unstable? Will J.J. even answer this question or just tease us along like a stripper in a glitter shop?

In the leaked information about Alien: Covenant (the sequel to Prometheus) Ridley Scott let drop that another earth ship finds a planet in a dark corner of space and David the android is living on it. What about Shaw? She was the only survivor from the Engineer planet in the first Prometheus film. Knowing that Shaw is nowhere around leaves me unsettled.

In the Flash television show, I think the identity of Zoom is going to end up being Barry Allen's dad. But of course, I don't know because they've been keeping it hidden all season (thus far). So there's this huge question as to why Barry's dad would be messing with Barry (even if it's an Earth 2 dad).

In the Walking Dead I want to know what happened to Glenn. Period. And they're deliberately leaving us in the dark with respect to this to make us feel every ounce of Maggie's pain. Was the voice on the radio at the end of the last episode Glenn? It sure sounded like him, but not knowing is driving me crazy.

In Game of Thrones, is Jon Snow alive or dead? Will Melisandre resurrect him? Who knows. And it's all the waiting for answers that sucks.

Anyway, if any of you out there are psychologists, I'd sure like to know why the lack of information about something is so damned addicting. And why are some of you (Grumpy Bulldog) able to just be uninterested in everything equally.
Posted by Michael Offutt, Phantom Reader at 12:09 AM

Email ThisBlogThis!Share to TwitterShare to FacebookShare to Pinterest
Labels: Why is the lack of information about something so damned addicting