The New York Times article on Amazon's ruthless business practices has me in a state of disquiet and asking why we let our unions die. 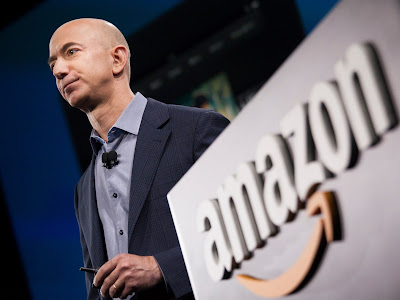 This weekend, the New York Times wrote a telling essay about what it's like to work for Amazon. If you haven't read it, you should because everyone is talking about it. When I asked some of my friends and family about the article, I got mixed responses. Some that are in management positions supported Amazon's "shock and awe" culture praising that this is how a company manages to do great things. Supporters on CNBC declared that this is nothing new, saying that what Amazon does could be from any company that wants to disrupt how things are done, e.g., Tesla, Netflix, and Uber.

Excerpts from the article tell of how new employees are told to "forget the 'poor habits' they learned at previous jobs. When you hit the wall from the unrelenting pace, you 'climb the wall.'" Examples of climbing the wall are as follows:


How could anyone survive in a place like this? I can't think of a person in my social circle who wouldn't be snapped in half by Amazon and be broken and on the floor. Who the hell wants to work this hard?

All of these things and more make me wonder how we got to a place like this in society. Are we living in the Matrix? Why are people selling themselves to companies like this, or is the problem that finding a living wage job has become so difficult that you've got to put yourself through this in order to live the American Dream? Is it possible that to refuse or be physically unable to compete at such a high level means you will live a life of poverty? Is that the new reality?

Honestly, I had no idea what kind of company Amazon was. I feel like I'm culpable for some of this suffering too because, "Yes, I buy and sell stuff on Amazon all the time." But so do you. All of us are culpable. And here's the thing: I don't really see any kind of substitute for Amazon either. So in a way, Jeff Bezos (the Amazon C.E.O.) is the new John D. Rockefeller. My dad used to tell me about Rockefeller, and how he was a ruthless businessman that had his own private army and worked people essentially to death while he made fistfuls of cash. The only thing that was able to stop that kind of rampant capitalism were unions. But unions are basically gone now, and I think we're going to need them in the not so distant future. I really, really do. Let's just hope that this report is an outlier in the world of business and that it is not the norm.
Posted by Michael Offutt, Phantom Reader at 12:16 AM

Email ThisBlogThis!Share to TwitterShare to FacebookShare to Pinterest
Labels: The New York Times article on Amazon's ruthless business practices has me in a state of disquiet and asking why we let our unions die