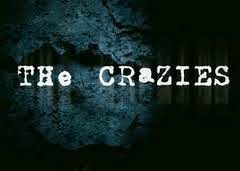 What makes a post apocalyptic story work? We all have various answers to this question, but I think the most important thing is to include what I call "the crazies." Stories that fail to incorporate "the crazies" tend to be the ones that fail or just fall apart. In other words, I'm saying that "crazy" is the glue in which post-apocalyptic works best grab their audience. It's like tree sap for insects. Don't believe me? I submit the following examples for your discussion (and give you the second season trailer for "The Strain" to boot):

1) Revolution. This canceled show on NBC did incorporate the crazy, but decided to go "crazy-lite". When you've got ratings at stake, you can't hold back the crazy. You've got to unleash the fury of full-on insanity that defies all explanation and scares the bejeebus out of the common viewer. By the time Revolution did this, it was too late. The show got grounded in basically functional human societies that (while dystopian) weren't crazy enough until we started going with the nano tech and the strange cults that were rising around the world because the nano decided it was a god. Had they stuck with the nano from the very beginning instead of going with the war with Texas (no one really cares about watching Texans and their militia), I think it might have gotten renewed for a season three, because it was just nutty enough to keep luring us along.

2) The Strain. The first season of this gory FX vampire drama had a lot of really slow parts in it that might have killed the series were it not for the fact that vampires are popular and people will sit through hours of nothing in order to be scared by blood-sucking freaks. Plus, it kind of worked against the whole "vampires are beautiful" trope, which in today's society is "cray cray." In the second season, it appears that the war between humans and vampires has escalated from covert to being overrun and on fire, and I'm going to say that from the looks of it that THIS is totally the right level of crazy. If they keep that up all season, you know there's going to be a season 3.

3) The Walking Dead. This show is a masterpiece on balancing the perfect amount of crazy. There are some slow episodes that get you to a point where you're almost willing to give up on it when all hell breaks loose, main characters die, and you're left sitting on the edge of your seat wondering if there will ever be any happiness on this show. In a way, The Walking Dead seems bent on slashing through every taboo that there is. The crazier the taboo, the more it shocks me into a drooling couch potato unable to tear my eyes away.

4) Falling Skies. If ever there was a television show that rode the tails of crazy, it's this. Not one but two alien species invade Earth, and they are both bad. The show's main character is a charismatic man who gets leid easily, knocks a woman up after having alien DNA inserted into him, and it results in a girl-child hybrid that grows up super fast, has incredible superpowers, and likes to put herself and family members in a cocoon all the while maintaining a Manson-esque cult vibe that has nothing to do with alien invasion. No wonder it gets renewed season after season.

5) The 100. This show decided to repopulate an Earth destroyed in a nuclear holocaust with teenagers that make kids in Lord of the Flies look good. There's lots of death, dismemberment, brutality, mutilation, strange clouds of acid that boil your skin off, mutated animals, and humans who are so cruel to each other that the craziness never stops. The only thing you really needed to add to this formula were six pack abs and the CW does that in spades.

6) Defiance. This storyline is the ultimate in crazy. It has bio-engineered creatures, death and subsequent resurrection, multiple personality syndrome brought upon by possession by powerful gods, crazy sex, crazy drugs, and an all out crazy political system. Nearly every ten minutes of Defiance is something so crazy, you shake your head wondering why any of it works. Maybe it's because when everything is so crazy, you've got something in common.

Posted by Michael Offutt, Phantom Reader at 6:13 AM

Email ThisBlogThis!Share to TwitterShare to FacebookShare to Pinterest
Labels: Good Writing, When crafting a post apocalyptic story be sure to incorporate the crazy