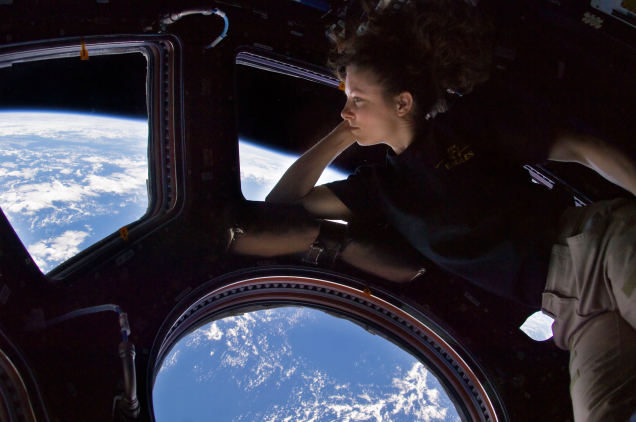 Sometimes, it pays to be a NASA troll.

The above image shows the interior view of the International Space Station's Cupula module, and it was taken on January 4th, 2015. As you can see, the large window has a spectacular view. There's a robotic work station too, and it's used by astronauts to manipulate the large robotic arm that was used throughout the construction of the station, and to grapple visiting cargo vehicles, and to assist astronauts during spacewalks. Below is a picture of the robotics work station. 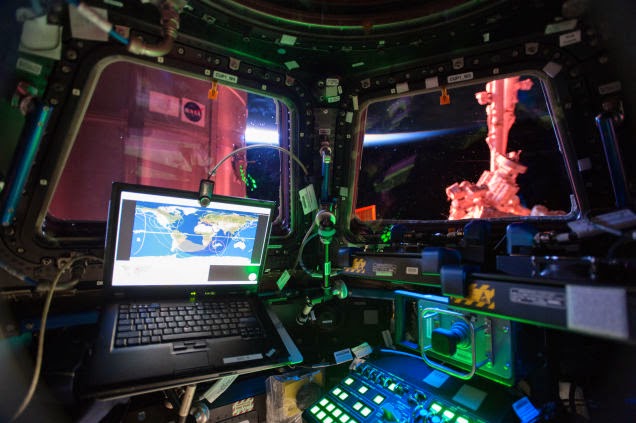 Personally, I think this has got to be the coolest office space anywhere. I think you could safely say, "I've made it," if this ended up being your office. And because I'm a geek that loves Star Wars, I can't help but think of how the cupula window above looks a lot like the window in Emperor Palpatine's throne room on the Death Star. 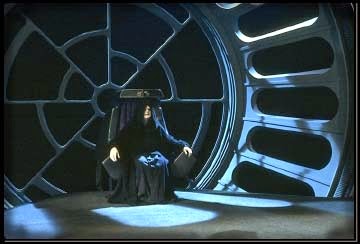 Sigh. Now that it's Monday, I suppose I have to get ready to head into my much less stately office and get some work done. See you in the comments :)
Posted by Michael Offutt, Phantom Reader at 6:12 AM

Email ThisBlogThis!Share to TwitterShare to FacebookShare to Pinterest
Labels: The international space station has an office window worthy of the throne for Emperor Palpatine, The International Space Station is so cool