Is the popularity of Body Worlds and the massive fandom of Attack on Titan growing from a grotesque fascination with death? 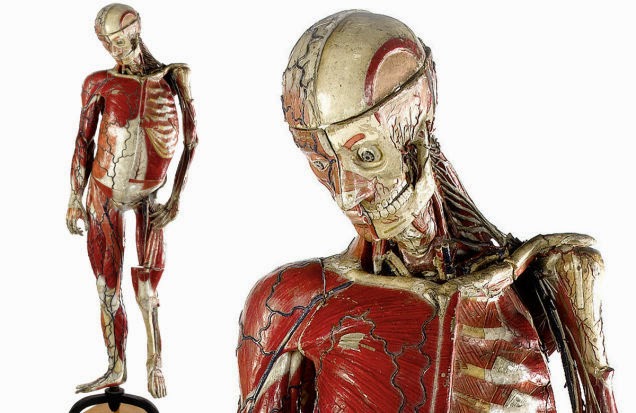 I think the first time I saw a skinless representation of a human being, I was watching the film adaptation of Clive Barker's "The Hellbound Heart." The title of the movie was Hellraiser, and the guy that was skinless happened to be a demented rapist by the name of Frank, who in the pursuit of ever more adventurous sex, managed to breach a gulf between worlds using a magical puzzle box and summon terrible demons who then proceeded to rip and cut him to pieces. But a piece of Frank survived and basically "grew" in the attic with the assistance of a former lover named Julia, who lured men to their doom so that Frank could drink their blood and gestate a new "skinless" body. I remember being horrified by Frank's appearance because he was so visceral, raw, and red. 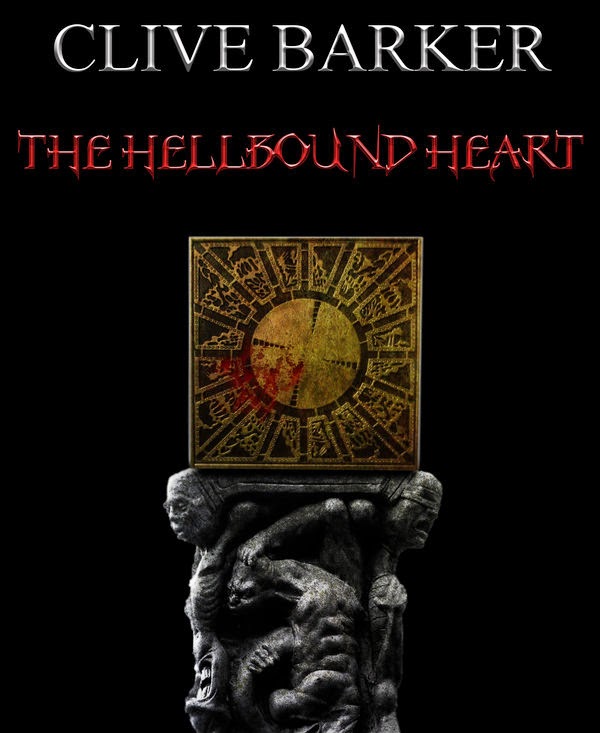 If you had told me that this kind of thing, seeing a skinless human being, would grow popular I would have said "no way." But in today's world, I guess the skinless anorexic human is the new grotesque. How would I define "grotesque?" Well, that's kind of hard. Maybe it's a state of being where I'm left with the conclusion that something is both beautiful and hideous simultaneously. Does that sound crazy? How can something be so hideous that it's beautiful? I fail to find the words to answer that question.

Clive Barker's popularity has waned over time, but I think he is still popular among those who love horror. And without having even met the man, I would bet that Clive Barker loves Body Worlds. If you haven't been to a Body Worlds exhibit (or its competitor Bodies...the Exhibition) in a museum in your area don't worry. I'll tell you all about it. Body Worlds is a gallery of real human beings who have undergone plastination, oftentimes skin removed. And everywhere this show goes, it sells out.

The official disclaimer for one exhibit is that all of the bodies were "donated" to science upon their deaths. But there's been questions regarding the dubious origins of some, perhaps adding to the horror and thereby the experience? I'll let you decide. Some cadavers were traced to a Russian medical examiner convicted of illegally selling the bodies of homeless people, prisoners, and indigent hospital patients. Some simply are "unclaimed" bodies from Chinese medical schools, meaning that they weren't donated willingly. Either way, my feelings toward the exhibits billed for their "scientific contribution" wasn't really so much that I learned anything spectacular (although anatomy is certainly on display). Rather, it's that I felt like a participant in a certain kind of capitalist excess. I mean...what kind of society plasticizes dubiously attained cadavers and then sells tickets hand over fist to gawking crowds? And why are there gawking crowds to begin with? Is it because we all desire to be horrified? Maybe it's that our society is so clean that seeing a dead body is a rarity. In a way, we've kind of sterilized the process of dying so that it takes place behind closed doors, sparing all of us the horrors of dealing with a corpse.

The writer in me can't help but create a scary fiction around these exhibits. A man who has grown rich and successful from his art gallery of plasticized cadavers is a serial killer by night. He stalks those that attract his attention while visiting his gallery. Later, he makes an excuse to meet them, slips them a drug in a drink, and they wake up just as he starts the process to turn them into one of his masterpieces. He does his work in a soundproof room somewhere under his gallery where he can take his time with his victims...it gives me the shivers just thinking about it.
In some ways, Attack on Titan and specifically the titans themselves are the latest expression of the skinless human as spectacle. It's MASSIVE popularity both here and abroad is frightening. If you haven't heard about Attack on Titan, it's an anime series set in a world where gigantic humanoid monsters (some skinless) roam around eating humans. To survive, humans live in a walled city under constant fear that the Titans will smash their homes and eat their families. The monsters are terrifying and the action is intense.
But as far as monsters go, is there a psychology at play? Are skinless human beings the new "grotesque?" If so, why? Is it the viscera? Is it the appearance of all those raw tendons and muscles? There is a strange connection between the popularity of Body Worlds and the massive fandom of Attack on Titan that I think, grows from a grotesque fascination with death. What's your opinion?
Posted by Michael Offutt, Phantom Reader at 6:38 AM

Email ThisBlogThis!Share to TwitterShare to FacebookShare to Pinterest
Labels: Attack on Titan, Clive Barker, Is the popularity of Body Worlds and the massive fandom of Attack on Titan growing from a grotesque fascination with death, The Hellbound Heart