Will we see Gorilla Grodd in the new Flash series? 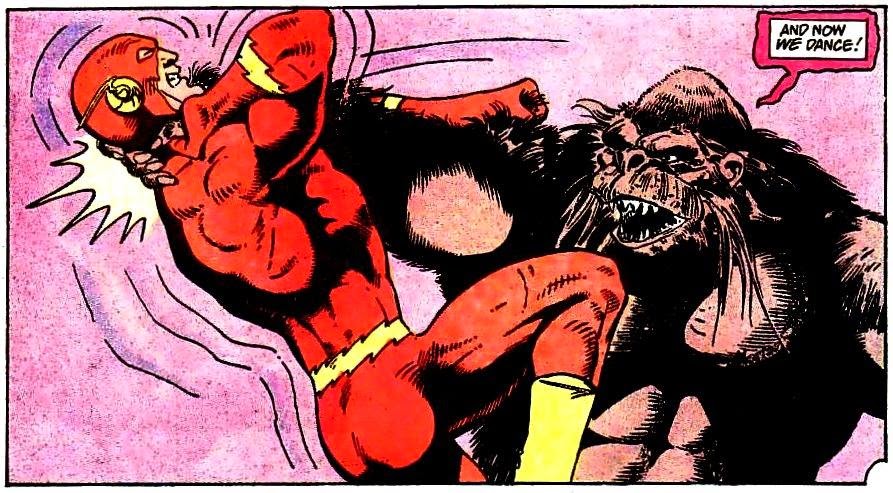 Last week's premiere of The Flash featured many Easter Eggs. Among them was a cage with busted doors that had the word "Grodd" scrawled upon it. For the uninitiated, this refers to a Flash villain called Gorilla Grodd, and I have hopes he may turn up in the series.

Gorilla Grodd is a hyper-intelligent psychically-endowed gorilla that has the "Professor X" (Marvel) power of mind control. He got his powers after an alien spacecraft crashed into his African home. I kind of think (for the television series) that they're going to use the explosion at the super collider to give Grodd his powers. His psionic abilities allow him to place other beings under his mental control, project force beams, transmute matter, transfer his consciousness into other bodies, and absorb intelligence through the consumption of human brains! Flash basically has immunity to Grodd's psychic abilities because he moves so fast that his thoughts process Grodd's illusions in slow motion.

Grodd has potential to be a launching point to introduce Wonder Woman as there's this whole plot arc with Gorilla City (a super advanced civilization existing somewhere in Africa).

So what do you think? Will we see Gorilla Grodd in the new Flash series?
Posted by Michael Offutt, Phantom Reader at 6:32 AM

Email ThisBlogThis!Share to TwitterShare to FacebookShare to Pinterest
Labels: Gorilla Grodd, the Flash, Will we see Gorilla Grodd in the new Flash series