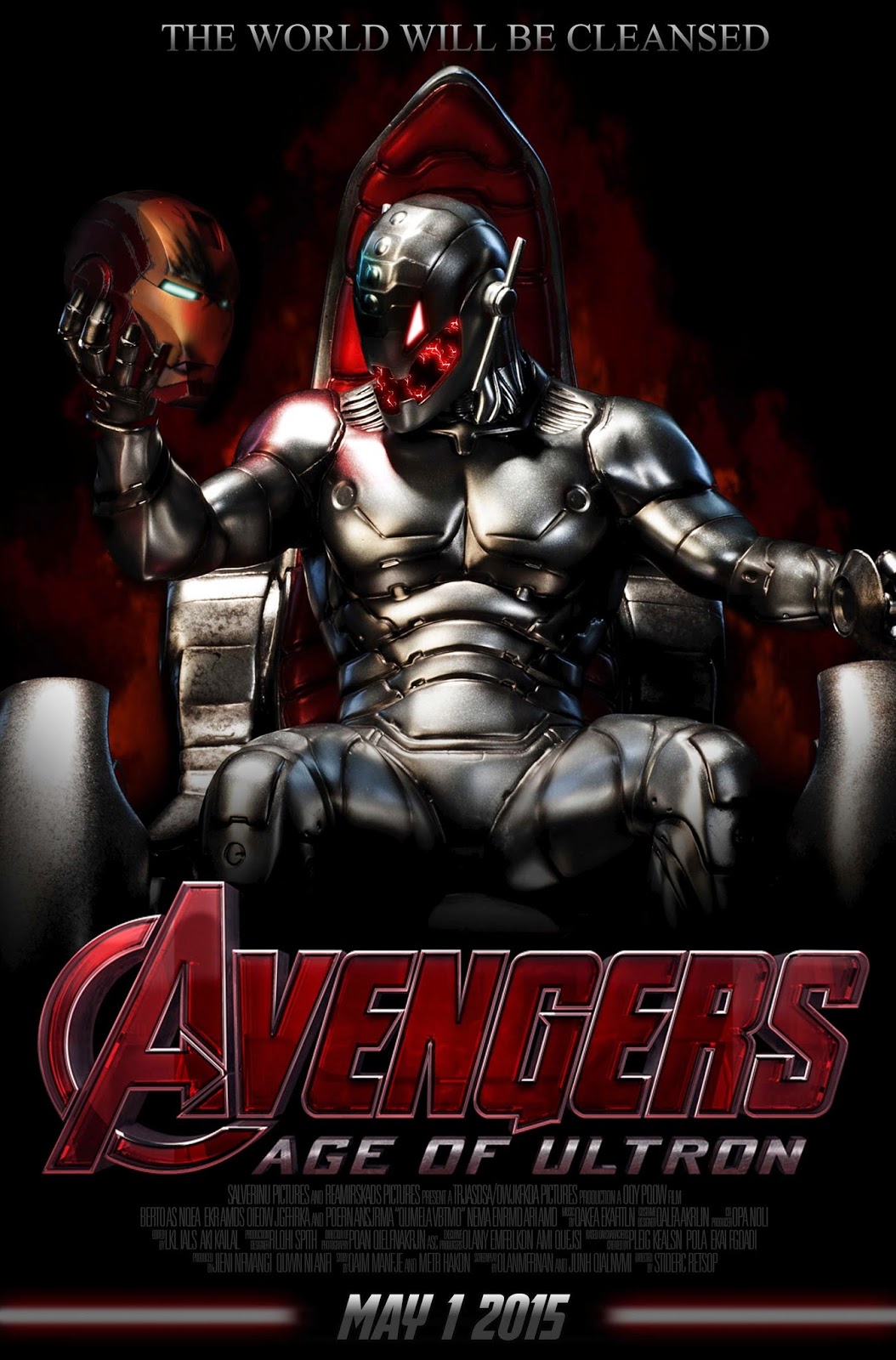 Unless you've been living under a rock, you know that the Avengers: Age of Ultron trailer is now live online. I guess Marvel decided to dump it early instead of airing it during Agents of S.H.I.E.L.D. next Tuesday because it got leaked. Their loss and our gain. Embedded within the trailer is a lot of information. Intriguing to me is a shot of Andy Serkis who is rumored to be playing Ulysses Klaw. So what does that mean exactly?
Well one, it means that vibranium is a big part of Avengers 2. According to the Marvel Wiki, "Vibranium is a rare, naturally occurring meteoric ore, theorized to be extraterrestrial in origin, and mostly comes from the country of Wakanda. It is capable of absorbing vibratory energy in its vicinity (such as sound waves) and it stores this energy within the bonds between the molecules making up the Vibranium. As a result, a chunk of Vibranium which has absorbed a considerable amount of vibratory energy would be exceedingly hard to demolish." Captain America's shield is made of vibranium, and the trailer suggests that Ultron (built by Tony Stark?) also takes a bath in it, making him essentially invulnerable. A foe for the Avengers indeed!

The scientist Ulysses Klaw is the guy that found all the vibranium in Wakanda. Chieftans (known as kings) had guarded the mound for generations. In order to get some, Ulysses kills King T'Chaka. His son, Prince T'Challa is the superhero Black Panther. So yeah, the idea that Ulysses Klaw is in the Avengers basically means that we are getting Black Panther, and this is very exciting.

WHO IS BLACK PANTHER?
First off the name is a title. The "Panther" gets to eat a special heart-shaped herb which forges a connection to the Wakandan Panther God and grants superhuman senses, increased strength, speed stamina, reflexes, and agility. As king, the Panther has access to a vast collection of magical artifacts, advanced Wakandan technological and military hardware, as well as the support of his nation's wide array of scientists, warriors, and mystics. In the comics, the Wakandan military is one of the most powerful on Earth. In addition to all of this, Prince T'Challa is also one of the eight smartest people on the planet (Reed Richards is the smartest).

WHY AM I EXCITED ABOUT THIS?

This question is pretty easy to answer. Having Black Panther in the stories means that we're probably going to get a Namor storyline pretty soon. Plus, to be honest, I'm a little jaded with all the white washing that Marvel has. I mean these are great stories, but women and men of color or minorities in general have no "leading" roles. The big heroes are Thor (white), Captain America (white), and Iron Man (white). Black Widow is basically a footnote, although outcry over her super tiny role is starting to build momentum. Maybe Marvel will someday invest some money in a franchise actually starring Scarlett Johansson, but as of this writing I've heard of none. And I'm also pleased that Don Cheadle may have a guest star role in Avengers: Age of Ultron because he's pretty much a supporting character. The same goes for Falcon...supporting character material in Winter Soldier, and the pessimist in me says there's no way he makes the transition to the Avenger's movie despite having nailed the role.

Below is the embedded video for the trailer so you can watch it again and compare notes with me.
Posted by Michael Offutt, Phantom Reader at 12:15 AM

Email ThisBlogThis!Share to TwitterShare to FacebookShare to Pinterest
Labels: Assuming Black Panther is in Age of Ultron my vote goes to Dave Ramsey to be cast as the Wakandan King, Black Wanther, Captain America's Shield, Vibranium, Wakanda