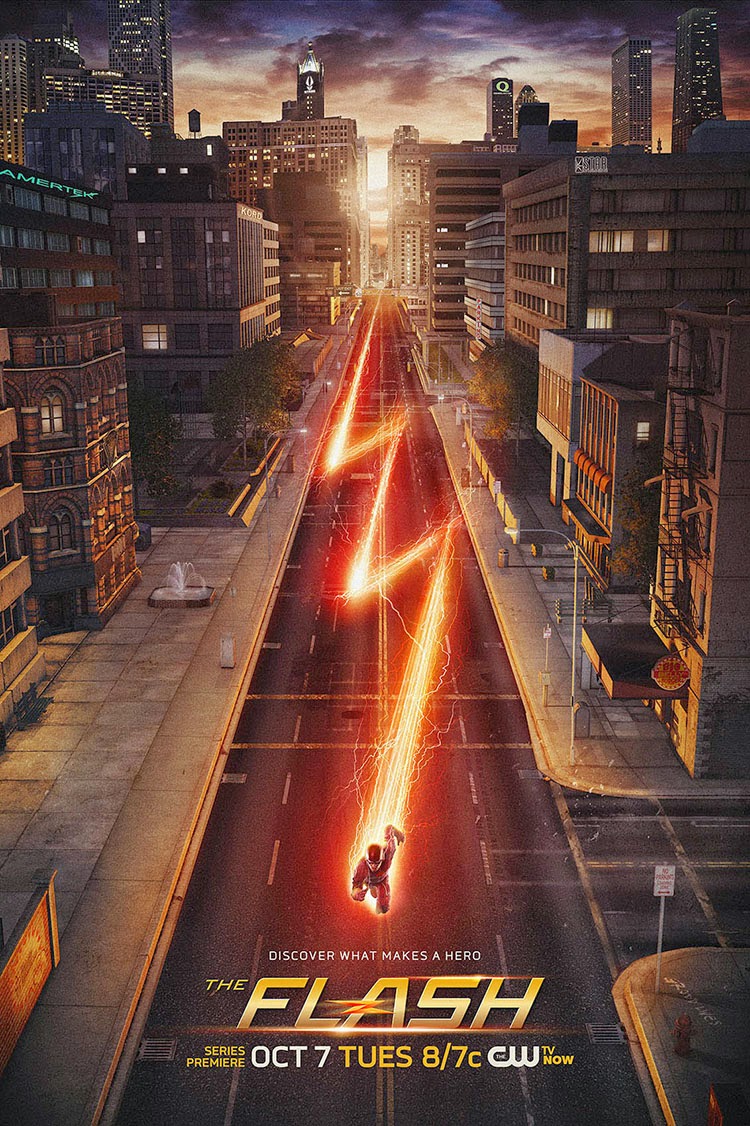 The Flash is one of my favorite comic book heroes. He, the Batman, Superman, Wonder Woman...I've always been more of a DC fan than I have been of Marvel. That doesn't mean that I don't love Marvel superheroes, because I do. But DC just seemed to be my jumping off point. I started with the Batman and Detective Comics, gradually moved to other titles and then jumped over to Marvel in a crossover where I learned about Spiderman and the others. But yeah, I own thousands of dollars in DC comics. It's hard not to when you have to buy four or five comics from different sets just to finish a storyline.

There have been many iterations of the Flash over the years. Barry Allen is the Flash that I most closely associate with. Barry died in Crisis on the infinite Earths and is the second incarnation of the Flash. Wally West is the third Flash. And we can't forget Bart Allen (who appeared in several Smallville episodes). Bart goes by Impulse and draws his powers from the Speed Force, just like Barry did before him.

As far as the CW is concerned, they're going with Barry, and he's being played by super handsome (and incredibly adorable) actor Grant Gustin (yes, this is perfect casting). In the Silver Age comic books, Barry was a police scientist who gained super-speed when bathed by chemicals after a shelf of them was struck by lightning. The CW is going with this version of the Flash's creation fairly close to the source material, changing only that Barry isn't a police scientist but instead, a C.S.I.

Every Flash draws their power from the Speed Force, which allows them to move, think, and react at lightning speed. It bestows superhuman endurance, they can vibrate so fast that they can pass through walls (quantum tunneling), travel through time, and manipulate kinetic energy in themselves and other beings. They have an invisible aura around their bodies that prevents themselves and their clothes from being affected by air friction. Flash is totally faster than Superman and can absorb information really fast (though the effect is usually temporary), and can punch someone with so much force it's called the infinite mass punch (IMP for short).

I think the CW's Flash is the most exciting series to premiere this fall, and I seriously can't wait. I'm actually more excited for it than the return of The Walking Dead.

So what say you? Are you excited?
Posted by Michael Offutt, Phantom Reader at 12:09 AM

Email ThisBlogThis!Share to TwitterShare to FacebookShare to Pinterest
Labels: Grant Gustin, The CW's Flash is the most exciting series to premiere this fall and it starts Tuesday, the Flash