Those transparent computer screens you see in Avatar are headed to a retail store near you.

My brother who's kind of an expert in all things "cutting edge" sent me an email earlier this month about giant rollable televisions that are coming from LG. The flexible screens feature super high resolution, are paper thin, and one of the two that's going to be released is so flexible it can be rolled into a 3 cm diameter tube. Seriously. Just check out the picture below: 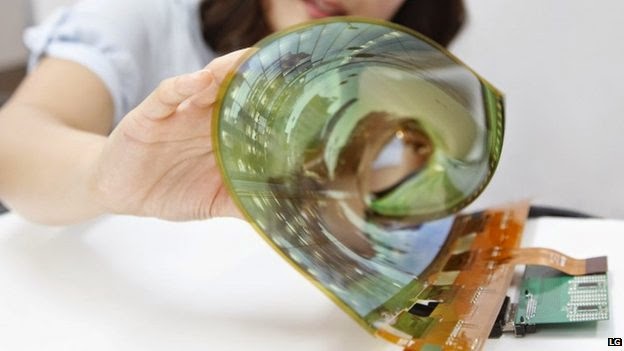 LG also stated in the report that it is confident that it will produce a 60-inch (152 cm) Ultra high definition rollable television by 2017, which we all know is just around the corner. Below is one that actually premiered at the Consumer Electronics Show in January 2014 (in Las Vegas). Pretty nifty, right? Just imagine an iPad that you could fold out into a 16-inch screen and you realize only a small portion of the technological potential here. 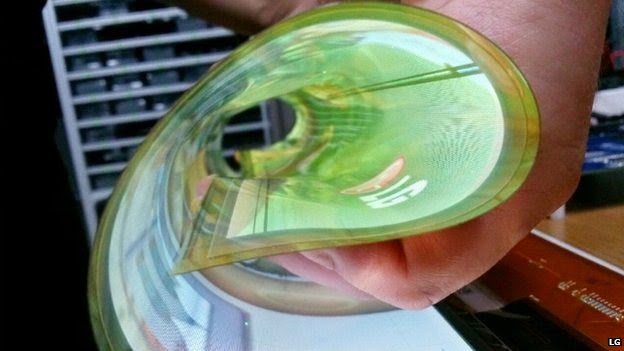 In addition to the flexible screen, they are also making transparent ones. I remember the first time I saw transparent computer screens. It was in the movie, Avatar and I thought, wow those monitors are really cool. However, I do tend to wonder if you see something through the screen, would it distract from what's actually on the screen? I don't know if that would necessarily be a good thing or a bad thing. 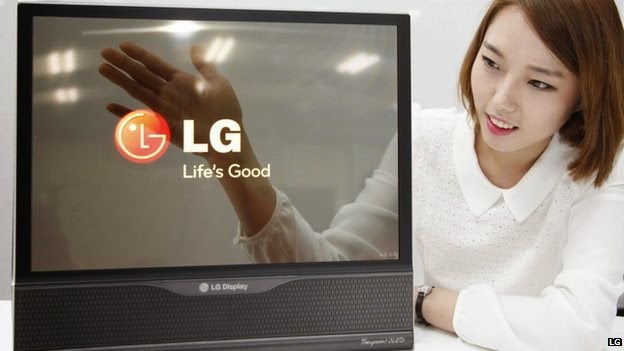 I'm glad I live in an era of nifty technology. It makes life fun.
Posted by Michael Offutt, Phantom Reader at 6:43 AM

Email ThisBlogThis!Share to TwitterShare to FacebookShare to Pinterest
Labels: rollable tv, Those transparent screens you see in Avatar are headed to a retail store near you