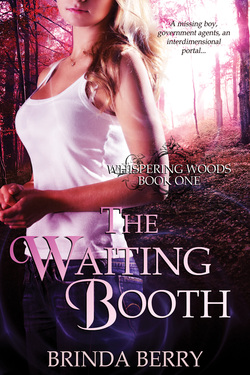 I don't know exactly when I started following Brinda's blog. It just kinda showed up in my Google Reader so I assume that I just went to check her out and liked what I saw. Soon after that, I read her debut novel called The Waiting Booth, and I reviewed it on all the usual sites giving it four stars out of five.

Warning, there are some spoilers ahead.

The Waiting Booth by Brinda Berry is an excellent book. The majority of the time, the book remains in first-person perspective looking out at the world through Mia. She is in a difficult spot because her brother Pete has been missing. However, soon she meets two mysterious and extremely hot guys that offer to help her uncover the whereabouts of her brother. Despite a rough start, she eventually learns to trust them. But there is enough tension in the book that you never really know until close to the end if Regulus and Arizona have Mia's best interest in mind.

I thought the men in the book were particularly engaging. Brinda knows how to write them with just enough flavor to allow them to leap off of the page. She also takes chances with her writing by switching occasionally to third-person perspective. It isn't particularly "jarring" as one might expect because she treats these shifts in point-of-view as their own separate chapters. I might have gone about it differently. However, it does seem to work okay particularly as a vehicle to impart information to the reader that they may need to know.

Brinda also has a thoroughly engaging story. She has an amazingly detailed world and has done a lot of impressive world-building to allow the reader to feel its authenticity. I think that this book would appeal to readers of Shatter Me by Tahereh Mafi or perhaps those who love strong female characters with paranormal powers (and mysterious men). All I can say is, I hope Brinda is working on a sequel.

Q: Was the online mmorpg in your book inspired by World of Warcraft? It had a certain "authenticity" to it that I could really relate to having been a competitive player for five years in a guild that maintained top 200 ranking in the world (not to brag but this is not easy folks). If so, do you play? If no, how did you get that level of authenticity?

A: It would be difficult to create a fictional MMORPG game without being influenced by WoW. So, yes, I would say that my fictional online game, Quest of Zion, was influenced by the gaming elements of WoW. I don't play multi-player online games as you can probably vouch for the time investment necessary to be successful. That's quite an achievement you listed in the question. I have enjoyed single-player RPG gaming like Final Fantasy and many others in the past. Gaming has always been an activity and discussion topic in my home. My son is majoring in computer science with an emphasis in game design, so we've had lots of discussions about my fictional game.

Q: Suspend time for a moment. You can have any actor from any age of Hollywood to make The Waiting Booth into a movie. Who do you cast for Mia, Austin, Regulus, and Arizona? Who plays Dr. Bleeker?

A: This is really a torturous question for me. If I were in charge of casting today, I would choose unknowns to play the roles. I'll take a stab at it. You do have to imagine these actors at a younger age to fit the characters from The Waiting Booth. 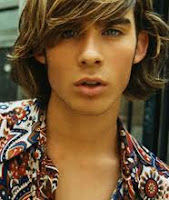 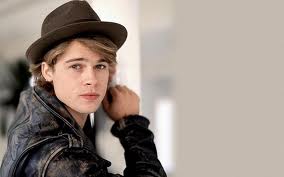 Q: One small point that probably cost you the one star in my rating is my dissatisfaction that there is no Pete in this book. The whole plot revolves around Pete. Why did you give us no payoff and can you give us a hint as to when we will see Pete?

A: Pete is the unfulfilled quest in this book. I knew from the moment I plotted the book that this would be an issue for some. On the surface, the book may be about finding Pete. To me, this is a story about Mia growing into her own skin and accepting her abilities and inner strength. Mia's synesthesia is a secret in the beginning, and I think it's evident that she's afraid to open up to her friends about who she is. She has trust as well as abandonment issues. As for Pete, you'll be happy to hear that Pete plays a much bigger role in the second book, Whisper of Memory. Without giving away too much, I think you might be satisfied with Pete's role in the second book.

Q: How did you come up with the idea for this book and are you working on the sequel? When can we expect it to be available for download?

A: A friend of mine told me about a news story involving an outdoor camera that captured some bizarre photos. It seems that there were all kinds of monstrous snakes and creatures crossing a piece of highway after Hurricane Katrina. Around the same time as hearing that story, I noticed a "red waiting booth" near the highway on my daily commute. I wondered what the kids saw every morning while they waited for the bus. The "waiting booth" was torn down a couple of months ago, but I have some pictures of it. As for the sci-fi elements of the story, I've always been fascinated by the concept of portals and dimensions. So, those are all the ideas that merged into The Waiting Booth.

I have a tentative release date of May 2012 for the second book, Whisper of Memory. I am currently working on the third (and last) book in the series.

Q: Can you tell us a little about your publisher?

A: My publisher is Etopia Press. Etopia is a small press with horror, fantasy, romance, and YA imprints. They are a royalty-paying publisher with wide distribution through major retailers. You can visit Etopia's blog at http://etopiapressblog.wordpress.com/ if you are interested in their catalog or submission guidelines.

Mark it "To Read" on Goodreads.

Buy The Waiting Booth now on Amazon for $5.99

Have a great Tuesday.
Posted by Michael Offutt, Phantom Reader at 7:15 AM