Back To Work Again + Blog Awards

I think that the only sad thing about having a three-day weekend is having to go back to work again the following Tuesday. I'm so glad that I discovered biscotti...the tough little cookie that soaks up all the wonderful hot flavor of the morning coffee really takes the edge off of the day. If you haven't tried biscotti, I think that you should. Seriously...it will change your life :). 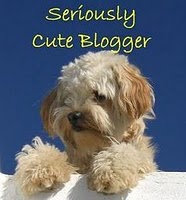 The awesome Heather Hellman who describes herself as a 23-year-old who likes to write, read and teach gave me the Seriously Cute Blog Award on June 30th. I really needed this too because I had this letter stuck on my door from my landlord saying I needed to re-sign for my lease. I go into the office and they won't let me do it because "the new rates aren't in yet from corporate." Ay carajo...like seriously? I guess my rent is going up even though our economy is in the crapper. Anyway, the blog award took some of the edge off of that news.

To accept the award I have to list five books, films, or tv programs that I've read, watched, or followed in the last 12 months. This is easy since for the most part, that's all that I do.

FILMS: I saw Super 8 in the theater this weekend for the second time (only this time it was in DBox). I took my friend Meg and we had a blast. The seats move to the action on the screen in DBox so if you have one of those theaters, I highly recommend taking advantage of it.

BOOKS: I read Cindy Borgne's Vallar. What a great sci-fi book. I've also read all of the Song of Ice and Fire series by George R.R. Martin, Suck It Wonder Woman by Olivia Munn, The Grand Design by Stephen Hawking, and Three Stations by Martin Cruz Smith.

BEST WRITTEN BOOK I'VE READ IN THIS TIME PERIOD: The award for this one goes to Waiting For The Barbarians by J.M. Coetzee who won the Nobel Prize for Literature in 2006 iirc. I must say...the man knows how to write. Looking back on what I've read, maybe this is why I didn't like the Hunger Games so much...I'd finished up Coetzee's book and started reading hers and well... Nobel Prize Winner on the left... YA author on the right... probably not a fair comparison that took place in my head. Oh well.

I'm passing this award onto these bloggers because I think they could have fun with this:

Charlie Pulsipher awarded me the If I Were Rich Award which has no rules, so I'm posting it here :). If anyone wants it, feel free to grab it and spread it around. 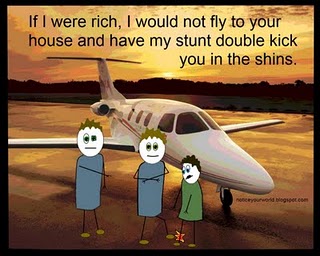 I hope you had a great holiday weekend and are rarin' and ready to go ZOOM ZOOM!
Posted by Michael Offutt, Phantom Reader at 7:07 AM

Email ThisBlogThis!Share to TwitterShare to FacebookShare to Pinterest
Labels: Blogging