Scientific research into toxic narcissism has discovered a link between aggression and this terrible personality disorder. 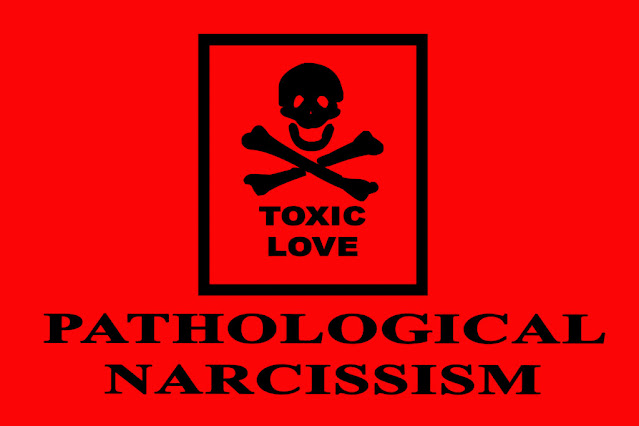 My friend Geneva sent me this link from Dr. Ramani Durvasula, and it's about the link between aggression and diagnosable and toxic narcissism. It confirmed (as she says in the video that it did for many others) a suspicion I had regarding those who exhibit the traits of this nasty personality disorder. Dr. Durvasula is an American clinical psychologist, professor of psychology, media expert, and author.

If you are interested in narcissism either because it affects you directly or you've come to understand that our nation is awash with those who have this personality disorder, I would recommend you watch this video. If anything, it gave me some coping strategies for people within my social circle who have dangerous levels of grandiose narcissism. Additionally, this information has equipped me with the ability to make healthy boundaries to make sure that these dangerous individuals are kept from influencing my life in even a small way.

One of my very religious and toxic narcissistic acquaintances got married last year, and I warned his future spouse but she didn't listen. Now a year later, she looks and behaves like a zombie, having aged probably ten years. I knew it was going to be this way, so I don't have any mercy. He had a job with some white collar criminals that went to prison for embezzling money from the government. As a general manager, his title was "President," and boy did she sop that up with a biscuit, buying jewelry, going on vacations, etc. What she didn't know was that he was up to his eyeballs in debt with buying new cars, and living in the basement apartment of his aunt for $300 a month (subsidized by family) was not a red flag because he had $100 bills on hand.

Shortly after they got married, he got fired from his job, because he never went to work and stayed at home playing video games while telling people to do stuff by phone. They got sick of it. And he's been unemployed ever since, drawing down weekly unemployment checks, eating his Chick-Fil-A, voting for Trump, and looking for another job in his forties that will pay $150,000 a year. He wasn't happy when the unemployment stimulus ran out (Utah Republicans ended it). That was weird because...well...he votes Republican. But no one is biting, because what he really qualifies for is a job at Taco Bell. Debt collectors hound them, and while he stays home and plays video games, she has to work to pay everything. I think there's a weird irony that her wedding ring cost about $10,000, but it was purchased with a loan. And now she's paying down the loan. I think maybe she's too stupid to realize that she bought her own wedding ring. My prediction: he will never work again, because every job that doesn't pay $100.00 per hour is "beneath him." That spells trouble for her, a woman who dreamed of owning a home and living the good life. Meh. Don't ever marry a grandiose narcissist. The abuse will kill you.

But these people always have a "couplesplain" way of talking down to us single folk who know what's up. My favorite from the horse's mouth is, "Marriage is tough and you really got to work hard to keep it together." Yeah...well...you shouldn't be working that hard only a year into it. That outdated saying also discounts personality disorders, which are a wrecking ball. I honestly feel like a relationship between two people who don't exhibit narcissism, Machiavellianism, and sociopathy (the dark triad) wouldn't be difficult at all. You just need to be able to spot the toxicity, have the courage to label it with very visible stickers for the world to see, and then attack it like cancer. A grandiose narcissist in the wrong place (like the oval office) did incredible damage in just four short years. I'm surprised we even have a democracy left after January 6th, 2021.

Anyway, this video from Dr. Ramani is eye opening. I hope you watch it, and then tell me of your own experiences with narcissistic assholes in your own life.