Lost Gods by Gerald Brom is a lavishly illustrated tale that manages to channel Neil Gaiman and Ray Bradbury in a hero's quest through Purgatory. 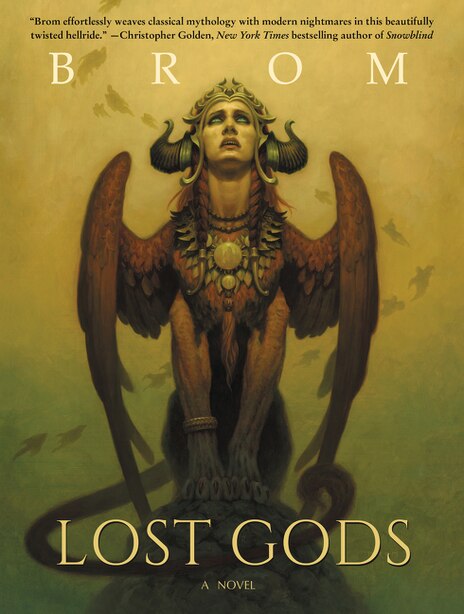 On Monday evening, I finished reading Lost Gods by Brom. Here's my synopsis of the book:

A young man descends into Purgatory on a quest for a key that will save his wife and unborn child from an evil demon named Lamia who has murdered hundreds of children.

Sounds interesting, right? It was, and I give it four stars out of five. Now here are the details:

The reading of this book reminded me a lot of American Gods by Neil Gaiman. To elaborate, I think that both writers have visceral and gritty prose, and both books take on worlds that are filled with chaos, where ancient/mythical gods interact with us common-folk in mysterious and aggressive ways. The way Brom's novel differs from Gaiman, is that the gods are all dead and on the verge of being forgotten, and the main character (named Chet) only interacts with them through the Purgatory in which they rule.

It also reminds me a lot of Ray Bradbury's writing in the sense that with Something Wicked This Way Comes you get spooks dressed up in a circus tent...only in this case, the circus tent is a political society run by gods (and their sycophants and enemies who range from goblins to fallen angels). With Brom's writing, you get spooks dressed up as lost souls wandering the cities of Purgatory trying to find some kind of meaning with the eternity that faces them. Fans of writer/illustrator Gerald Brom know that he loves shadowy and creepy stuff, and were he to be anyone's neighbor, I'd fully expect Halloween to be the holiday of the year.

This novel gives us pretty much everything you might expect from an urban fantasy perspective as well. You've got fallen angels and the mythology around that, references to Lucifer, smart and cunning demons, the River Styx, the River Lethe, souls toiling away just as hard in death as they did in life, and there's even killing...which took extra effort for me to suspend disbelief on because all of these people are already dead. The book never does provide a satisfying conclusion to the question: what happens if you die when you are already dead. About the only thing that it does answer is 1) nobody knows and 2) it's probably something akin to utter oblivion and nothingness. Most of the book is spent with Chet, who wanders the plain of Purgatory searching for his grandfather, amidst a landscape that is obviously underground and lit by this sun-like being called "Mother Eye." When it gets tired, the eye closes and plunges the world into a kind of night.

Lost Gods in its reading is not a happy tale. There are many parts of it that are outright horrifying. But one of the satisfying things about the book is to follow Chet Moran's journey into the underworld following his gruesome murder at the hands of his own grandmother (who eats him), and how his perception of what is good and what is evil changes with every encounter along the road. The other part of it that is pretty darn amazing are the visual encounters with the mythologicals...each god that Brom introduces us to is described in lavish detail, and all of them are important to the overall story of the book. In all of its pages, the author keeps that feeling of other-worldliness that is common in Twilight-Zone-esque stories. You always feel like you are one step removed from the real world, and that there is some horror lurking just at the edge of your vision that you would be better off not ever meeting or even understanding.

In finishing, it's the first book I've ever read where the author manages to make a character who commits a heinous murder into a hero worthy of Elysium, which is the book's equivalent of heaven. That was a mind twist that I didn't expect.

Here are some of the illustrations from the book; they are done by Brom himself. I think it's incredible when someone can both write and draw. 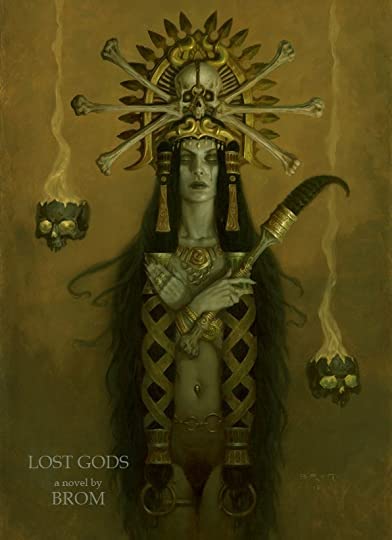 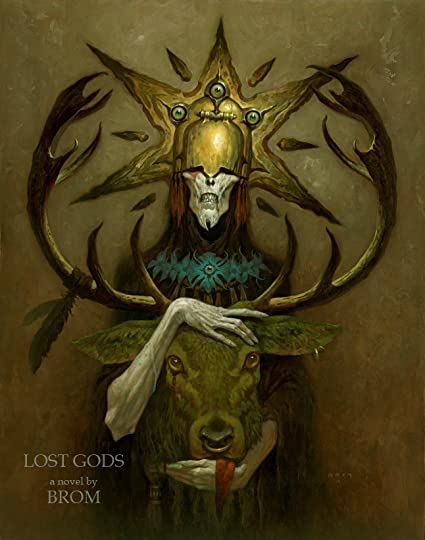 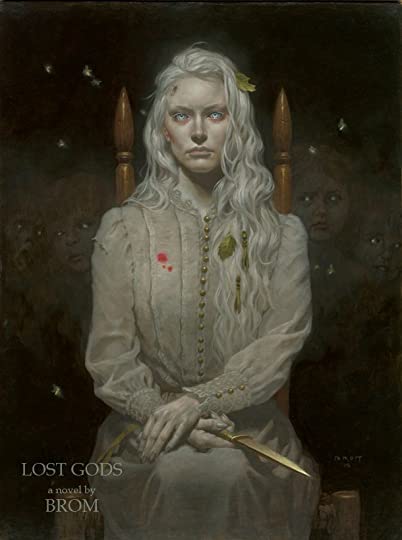 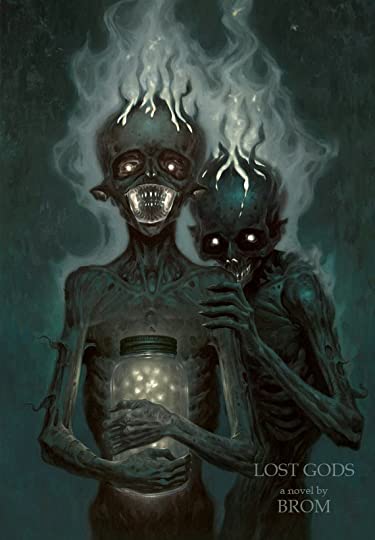 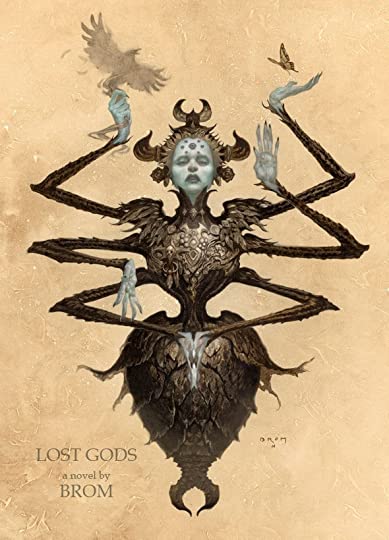 Posted by Michael Offutt, Phantom Reader at 12:09 AM

Email ThisBlogThis!Share to TwitterShare to FacebookShare to Pinterest
Labels: Brom, Lost Gods, Lost Gods by Gerald Brom is a lavishly illustrated tale that manages to channel Neil Gaiman and Ray Bradbury in a hero's quest through Purgatory