Agents of S.H.I.E.L.D. is almost over and I'm grateful for the ride. 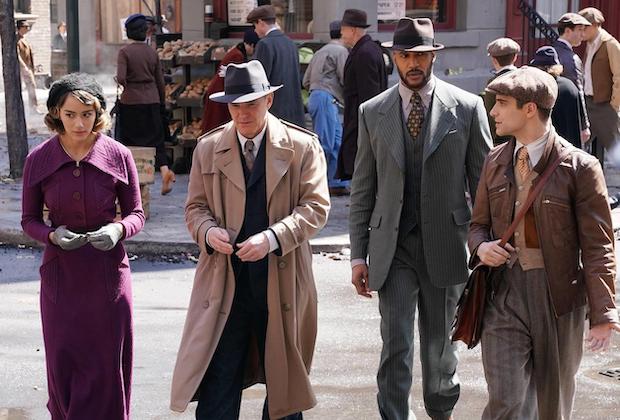 This is the seventh and final season of Agents of S.H.I.E.L.D., and it's been a terrific ride. It also has lasted far longer than I originally anticipated that it would. Last season when they made the decision to move it's time slot to Friday evenings, I thought to myself, "Fridays is where television shows go to die." However, I was proven wrong when it got a half season more from ABC to wrap things up, and they are doing so by going on a time traveling bonanza similar to another beloved series, The Legends of Tomorrow.

This season has been a lot of fun, and it's also a bit less bonkers than the last storyline which had the Agents in a space of the future in which the Earth was destroyed and the Kree were gathering inhumans to participate in gladiator-like combat. In that same storyline we got introduced to Deke, who is somehow Fitz and Simmon's son (we know they deeply love each other), and then there was the whole evil Fitz thing that I didn't like because it was played so well that you just never know if you can trust him like you used to be able to do...but somehow Simmons finds a way.

And Coulson now has died so many times that I can't keep track. They've basically just stored his mind in a computer and can upload it into a life-like decoy, essentially guaranteeing that we always have Coulson around. It reminds me of Leto in Children of Dune and the subsequent books, falling in love with Duncan Idaho and keeping infinite clones of him so that he can always have him around. I suppose the whole circular notion of things repeating themselves is a well-done trope in television, especially in a Groundhog Day-esque episode. In practically every series I've seen, there usually crops up some kind of Groundhog Day episode. In Star Trek: Discovery it happened in the first season. In Agents, it's going to happen in the next episode as the ship they're in gets stuck in some kind of time storm. And I'm pretty sure there was an episode like this in Legends, though I can't quite remember what it was about.

The final season has also been a great place for the actors to let their hair down. Coulson is a delight, as is May who has really come into her personality over the course of seven seasons. Simmons is a bit intense all the time, but Deke is great. There's even an episode this season where (stuck in the eighties), he forms together a band and starts singing historic hits while claiming that he wrote them. Deke's onstage outfit channels a lot of Zoolander. I like that Yo-Yo got her hands back and that she was able to go onto the next step of the progression of her powers by not having to bounce back. So now, she's basically a female version of Quicksilver, which is really powerful if you think about it. Coulson got to spend time as Max Headroom (remember that guy?) by residing in an eighties television set. And we got some really funny "Shield" agents that Deke recruited while waiting for the time ship to bounce back into existence (they got stranded in a timeline for a while). It doesn't really matter that I couldn't figure out how Mac paid for anything while he was living in an apartment wallowing in his depression over the death of his parents (they were killed by chronocoms). The whole season has just been fun.

So yeah, it's going to be a bit poignant when it all ends. I've enjoyed the ride. The show never intersected with the movies all that much (which was something I was hoping it would do some seven years ago when it all started). However, it managed to pave its own path and be a continuous source of fun and entertainment in a time when the real world is causing a lot of anxiety, which is just another way for me to say that they should be proud of the work they have done.

Posted by Michael Offutt, Phantom Reader at 9:24 AM