Sam Smith has done a cover of the Coldplay single called "Fix You" and it's amazing. 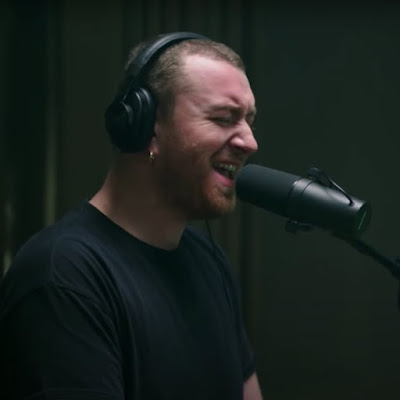 Sam Smith has done a cover of the Coldplay single called, "Fix You," and it's lovely. I'm embedding it below so that you can give it a listen. Although I do love the Coldplay version (Coldplay is a band that I desperately want to see live someday), there's just so much emotion in Sam Smith's version that I actually think I prefer it to Chris Martin (forgive me Chris Martin).

Recently Sam Smith (I think it was in September 2019) said they would like people to use the pronouns "they/them" after coming out as non-binary. They wrote on Instagram: "After a lifetime of being at ware with my gender, I've decided to embrace myself for who I am, inside and out." The singer added: "I've been very nervous about announcing this because I care too much about what people think." Sam Smith said six months earlier that they did not feel male or female, but flowing somewhere in-between.

I'm joking when I say this, but Sam Smith can ask of me anything they want as long as they keep singing so beautifully. I've probably listened to this single a dozen times. Their voice is so incredible and quite powerful (if that's an adjective that's appropriate to use for a song). Anyway, if you have a moment, please give it a listen. It's worth your time.

Email ThisBlogThis!Share to TwitterShare to FacebookShare to Pinterest
Labels: Coldplay, Fix You, Sam Smith, Sam Smith has done a cover of the Coldplay single called Fix You and it's amazing