Doom Patrol is a weird show and its hard explaining the characters to another person. 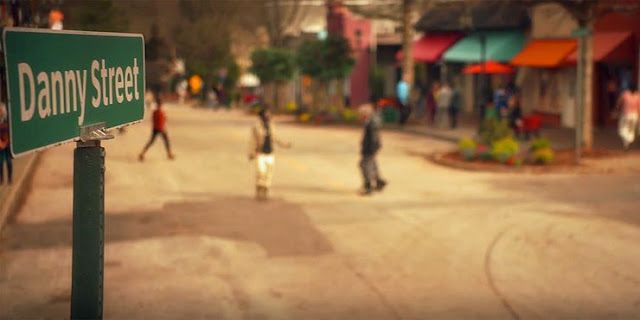 Doom Patrol is a weird show. I realized that as I started streaming the second season in my living room, and my friend's 18 year old daughter was sitting on the couch (she had come over to bake banana bread). Said friend had not watched season one, so immediately she had questions which I started answering, but then I realized my answers are really crazy.

First off there's The Chief played by Timothy Dalton. He's a medical doctor that basically saved every one of the Doom Patrol characters in one way or another. However (even more complicated), he orchestrated the events that caused members to develop their powers, and he's really old.

Then there's Jane. I said that this was a woman who has a ton of separate identities living in her head. Her head is an actual place that people can go and visit and interact with the characters. Each one has a different power.

Rita Farr is a former Hollywood actress whose cellular structure collapses into jelly when she gets emotional. So she really struggles to maintain a solid form. When she gets upset, then her face will melt.

Larry Trainor is also incredibly old, yet has the body of a young man, and he wears bandages because he's severely disfigured from a plane crash. He has a negative energy entity living inside of him that likes to help him out and walk him physically through his traumas so that he can heal.

Cyborg is a young ambitious superhero who has cybernetic enhancements from his father Silas following an accident that led to his mother's death.

Cliff Steele is an all-metal man with a human brain (voiced by Brendan Fraser). He was a NASCAR driver.

Mr. Nobody is an omnipresent supervillain capable of traveling through dimensions and altering reality. He often breaks the fourth wall and manipulates events through his narration.

Danny is a street that communicates via flashing signs and billboards and who provides a space for all the misfits of the world to have a home (this is seriously my favorite character). My friend's daughter asked me, "So this character is a street?" I was like..."yep." And then she paused and said, "I don't understand any of it."

Yeah... Doom Patrol is not for everyone. However, I really like it probably because I've seen nothing like it on television. Here's to season two being available to stream now.
Posted by Michael Offutt, Phantom Reader at 12:06 AM

Email ThisBlogThis!Share to TwitterShare to FacebookShare to Pinterest
Labels: Doom Patrol, Doom Patrol is a weird show and its hard explaining characters to another person