The online reactions to the final The Rise of Skywalker trailer are all over the board. 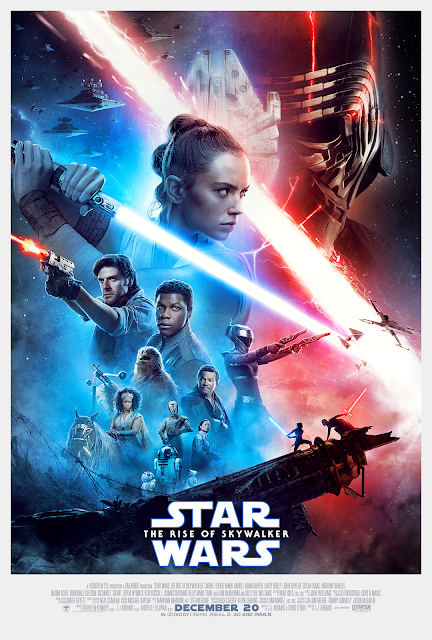 Star Wars is a beloved franchise, which I suppose means that reactions to it are going to be all over the board. Some love it, some hate it, and many seem to post something akin to "I have very low expectations for this film." Is "the bar" looking pretty weathered at this point? Are people still complaining about The Last Jedi? Yes, yes they are. Here are a few of the reactions I read that struck me as interesting:

"The sequel trilogy has NOT worked for me, but I bleed Star Wars through and through, so I'll see the shit outta this on general principle. I just wish this story and these characters worked for me more."

"If Reylo does not happen I am done forever with Star Wars. I will never buy anything Star Wars or Disney. Why did they bother even setting it up in TLJ?"

"I have very low expectations of this trailer for the final episode...Mainly wanted more of the Mother of All Space Battles. Rey vs Kylo duel? Haven't we seen that a few times before? I'll be there on opening day, but I expect to be disappointed."

"I, too, have low expectations for this film. I've also found that I'm fine with that. The movie will probably be mediocre, but there will be another Star Wars soon afterwards, and another one, until the heat death of the universe, so whatever really. I've either disconnected emotionally at some point, or discovered that I never really cared in the first place."

"And in the original trilogy you had no clue why Boba Fett was a badass bounty hunter. Or where the Emperor came from or how he rose to power. Or how the original Death Star was able to be rebuilt or partially destroyed when you saw it explode into dust with your own eyes. Or how Jabba was a big bad gangster with so much power. Or what the Kessel run even was, and so on and so forth. Sometimes just accept that everything doesn't need to be shown and explained to you in a tidy way. People don't want to watch movies and the stories they tell. People want to watch fan-fiction and have their subjective imaginations beats confirmed."

And last (but not least) here is what I have to say regarding the last trailer for the last of the "Star Wars Saga":

For what it's worth, this throne in the trailer looks really cool. I'm sure someone good actually sits in it; the thing doesn't look evil at all (snicker).

Any opinions out there regarding "The Rise of Skywalker?" Is it totally going to suck? Is it going to be amazing? Do you have Star Wars fatigue? Is Disney just beating a dead horse? Is there any story left to tell? What say you?
Posted by Michael Offutt, Phantom Reader at 12:47 AM

Email ThisBlogThis!Share to TwitterShare to FacebookShare to Pinterest
Labels: Rise of Skywalker, Star Wars, The online reactions to the final The Rise of Skywalker trailer are all over the board