The final season of Game of Thrones is less than 30 days away. 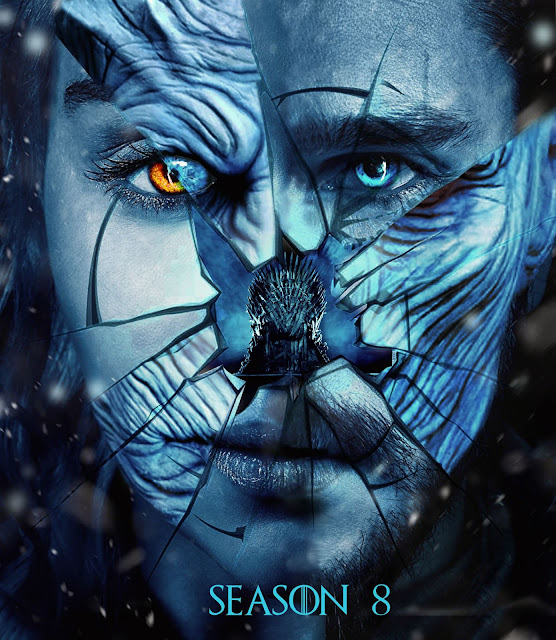 The final season of Game of Thrones is less than 30 days away as of this writing. It's been a long wait to see who will take the Iron Throne. Just to show you how much it has been on my mind, a frenemy (I realized after I was his friend that he was a narcissist and psychological abuser) that I haven't spoke to in over a decade died in January of kidney failure (I didn't really feel anything at the news, but I did wonder why someone even bothered to tell me). However, when I was told the news through an acquaintance (who I also haven't seen in person for over ten years--the message came through Facebook messenger of all places), the first thing that popped into my head was, "He doesn't get to see how it all ends." It seemed like a fate that was just salt in a wound, you know?

I hope that I never die when I'm about to finish something that's gripped my attention for years. And all this speculation of course is assuming that this frenemy even watched Game of Thrones. But, I had little doubt though that he did. When we were on speaking terms, it was apparent that we were passionate about the same things, and Game of Thrones has pretty much dominated all of fantasy fiction for the last decade. Kudos to George R.R. Martin to getting us so enraptured into the politics of some fictional kingdom whose ruler (I might add) won't even be ruler of the world of Westeros. Nope, they'll just be the ruler of seven smaller kingdoms on a continent that's smaller in land mass than the rest of the land on Westeros. It just goes to show you that politics and conflict can be small and yet remain incredibly interesting.

Valar Morghulis everyone.
Posted by Michael Offutt, Phantom Reader at 7:09 AM

Email ThisBlogThis!Share to TwitterShare to FacebookShare to Pinterest
Labels: Game of Thrones, The final season of Game of Thrones is less than 30 days away