I hope the rumor about a live-action Diablo series on Netflix is totally true. 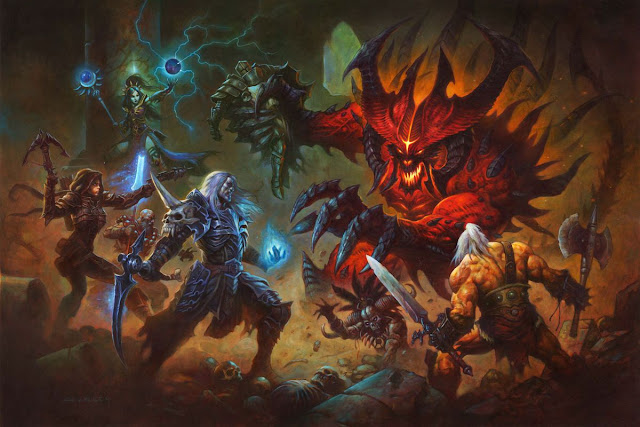 There's a rumor out there that Blizzard entertainment is partnering with Netflix to bring a live-action Diablo series to television audiences/subscribers. When I heard this, I got super excited. I loved Diablo, Diablo II, and Diablo III. The fast pace, dark story, creepy music, and fascinating characters had me as a fan the first time I saw a gory room and the Butcher stepped out exclaiming, "Fresh meat!"

I know I shouldn't hang all my hopes on a rumor, but I can't help it. Assuming that it's greenlit and actually gets produced, here are the things that I would like to see:

1) The atmosphere and the music should remain solidly in the dark fantasy genre. The character of Decard Cain who (in many ways) is the backbone of the franchise because he drops important clues and points the way for you to go is important. I'm thinking Max Von Sydow if he's still alive would be perfect for this role. If not, maybe Ian McKellan.

2) The entire first season should have a slow pace, uncovering mystery after mystery in the small town of Tristram. Eventually, all of the things add up to a "presence" in the catacombs. I'm thinking that the Butcher would be a perfect menace for the season finale. This would make the whole first season a slow boil on tracking down a serial killer in a medieval setting.

3) I think they should have a focus of no more than four characters. I'd choose a crusader, barbarian, monk, and wizard. They should try to get Jason Momoa to play the barbarian and maybe Tom Holland for the Crusader.

Anyway, those are my thoughts. Let's all hope it actually shows up on Netflix and that Netflix has the sense to hire some great writers.
Posted by Michael Offutt, Phantom Reader at 7:27 AM

Email ThisBlogThis!Share to TwitterShare to FacebookShare to Pinterest
Labels: Diablo 3, I hope the rumor about a live-action Diablo series on Netflix is totally true