Did Warner Brothers give the name Arthur Fleck to the Joker in order to make fun of Ben Affleck? 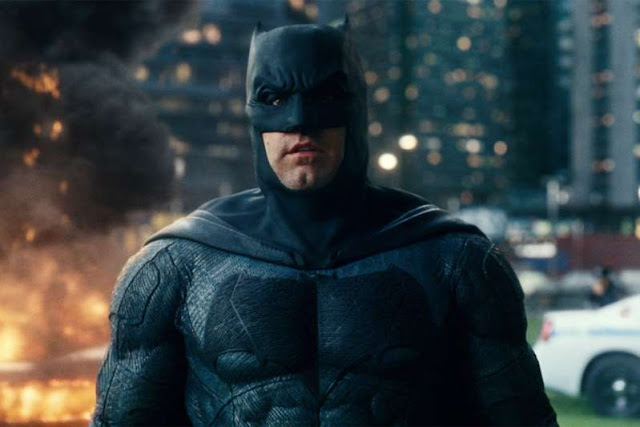 This Sunday, io9 posted an article showing Joaquin Phoenix as the Joker (he's been cast to play the character in a solo film). I haven't really been following all the casting news in the wake of the steaming pile of garbage that was Suicide Squad, but it seems telling that Jared Leto no longer wanted to reprise the role. What took me by surprise was that Warner Brothers gave the Joker a real name. I've read tons of the Batman comic books, and I don't remember ever seeing a name given to the Joker. I mean...sure...there's been names given to this character in lots of movie and television adaptations. Why they felt it necessary to do this is beyond me. The Joker is just fine without a real name. He is (after all) not really definable even with an ordinary sounding name. So what is the name they gave him this time around? It's Arthur Fleck. Or, you could abbreviate it A.Fleck, or "Affleck." When I saw that, I was embarrassed for Warner Brothers. Seriously, guys?

It is no stranger to anyone that has been following Ben Affleck's tenure as the Batman that he's not very happy with the role anymore. When Henry Cavill hung up the cape as Superman (announced last week) so did Ben Affleck. Honestly, all of the Justice League characters minus Wonder Woman have been handled poorly by Warner Brothers, so this is no surprise to me. But just a few days later, to mock Ben Affleck by naming the Joker after him seems like grade school revenge. As in, "Ha ha, Ben Affleck...you're such a Joker..." It's juvenile and makes me wonder why they are even greenlighting something as bad as all of this sounds.

Warner Brothers should just make only Wonder Woman movies from this point out and forget about any crossovers. Maybe someday a good director like Christopher Nolan will come along and reboot their universe, because as it stands now, it's gotten really disappointing. Of course, I haven't seen any clarification coming out from Warner Brothers about this name, so maybe it's coincidence? If it is, then it's a bad coincidence and they should rename the character out of principle.
Posted by Michael Offutt, Phantom Reader at 12:08 AM