Is a vampire chronicles television show based on Anne Rice's books even a good idea? 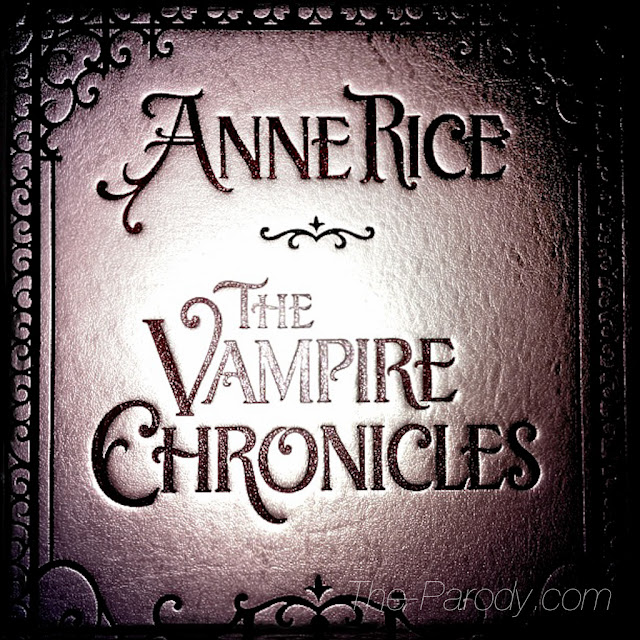 It's possible that I have no limit for a vampire movie and/or television series. Upon learning that the Anne Rice Vampire chronicles are on their way to television via a pilot by Bryan Fuller, I got a little excited. The reason for this is that there was a time when Anne Rice was actually good. I started reading her work in high school. Interview with the Vampire, The Vampire Lestat, and Queen of the Damned were pretty amazing reads for me (at the time) and set my imagination afire. Before Rice, I hadn't really imagined that there could be something more to vampires than Dracula and Salem's lot. I never realized that they could be such "sexual" creatures. And yes, they were fresh monsters...not the stale "has-beens" that they've become today due to over-marketing and saturation of pop culture.

I was also an enormous fan of the mythology. I liked how Rice drew connections to a primal (and ancient) power that had its root in Egypt. The first time I met Akasha and Enkil in her books, and she described them as being carved from white alabaster, only alive, sitting in huge chairs, I was hooked. Then when Akasha drained Enkil to the point that it made him as transparent as glass, I just couldn't put the book down. It was kind of a "white walker" moment for me, and I just had to continue turning pages. I had to know more about these "gods," because there really wasn't any other word to describe them. They even had a kind of holy place/shrine that was really neat in its description. It's been ages since I've read these books, but I remember the pathways Rice described in the chamber that Lestat was sneaking around in.

I also appreciated the fact that Lestat was so homosexual. Anne Rice always treated us homo's with a nice touch, because she found the idea of gay sex to be quite arousing/erotic. Of course she always had the prettiest heroes. Lestat in the books (to hell with Tom Cruise) was a very attractive young man with blond hair and blue eyes...chosen by his vampire master because the golden hair would remind this boy of the sun and his blue eyes would echo the sky that he could never see again because he would be doomed to a land of night. Tom Cruise and Brad Pitt in my opinion were horribly miscast. As much as some people have said over the years that they liked the movie Interview With The Vampire, I really did not. I think I've seen it once and then caught snippets on t.v. here and there that I wasn't really that into and swiftly changed the channel. I do like the connections that I make with others though (who are fans of the books). My best friend Brad named a sourdough starter "Claudia." I smiled because I knew what it was a reference to almost immediately.

I pursued other Rice books of course, much to my chagrin. Tale of the Body Thief was terrible, and had such a different tone to it from the main vampire chronicles that I'd thought Anne Rice had lost her mind. But Memnoch the Devil killed any desire for me to pick up another Anne Rice book. Yes, it was just that awful and boring.

I feel a little sorry for Rice to be honest, and I think she's a decade or more too late. She had some super great ideas but got surpassed by so many other authors from Laurel K. Hamilton to the Sookie Stackhouse author to Twilight, that her story of "I want to shag a vampire; let me list the reasons..." is kind of lost on audiences at this point. Even though she was kind of the well-spring of all that, it's going to come across as cliche. And then there's shows that deal with vampires but are not vampire-based, which is probably how a series in the "Vampire Chronicles" is going to be. We've had Being Human, Midnight Texas, Preacher, Dracula, and the list goes on and on. There's dozens upon dozens of these kinds of knock-offs.

Hey...Fuller worked some magic with Hannibal (the television series), so maybe he can work some magic with Anne Rice's chronicles. I'll certainly be giving him the benefit of the doubt, but I won't be surprised if it fails.
Posted by Michael Offutt, Phantom Reader at 12:07 AM

Email ThisBlogThis!Share to TwitterShare to FacebookShare to Pinterest
Labels: Anne Rice, Is a vampire chronicles television show based on Anne Rice's books even a good idea, the Vampire Chronicles