Why does no one point out that there can be some spectacular and horrifying consequences to saying no? 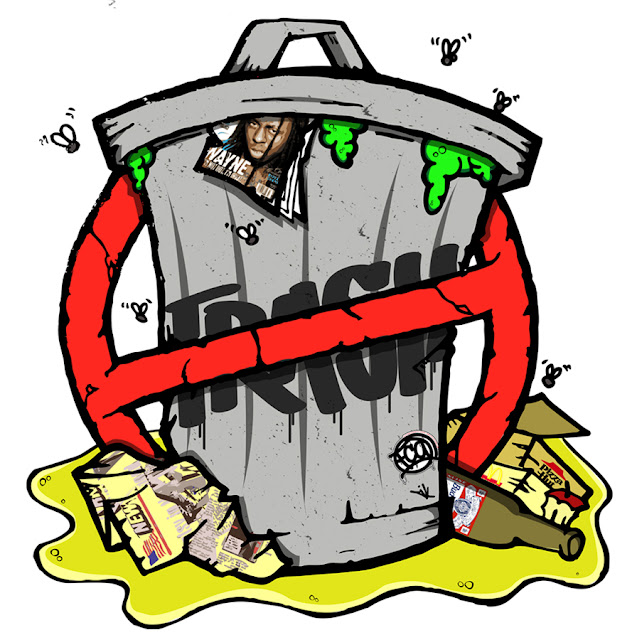 Before I get to the point of my post, I would like to say that I believe all people have a right to say no. They have a right to draw boundaries, and they should be encouraged to do so with abandon. Children should be taught the power of saying "no" to this and "no" to that. Women and men should say "no" all the time to all kinds of advances, questions, opportunities. However, I feel that all of these "the power of no" conversations are lost teaching opportunities. People are overlooking the uncomfortable other side of standing up for yourself and drawing boundaries, which are done solely for selfish reasons: to secure what makes you happy (or what is healthy for you). This "uncomfortable other thing" is the elephant in the room that everyone is ignoring: that there can be unforeseen and even unpleasant consequences to saying no. Think of all the things that qualify for "no" in this world.

The list is endless, but our society teaches that it is OKAY TO SAY NO. Fine. I'm all for that. Every single one of us should always get what we want and never have to do anything that even remotely makes us uncomfortable or could possibly damage us in any way.

In a perfect world, there should be no consequences to saying "no," and I for one will line up for this perfect world so fast I might get whiplash. But here's the rub: we don't live in a perfect world. We don't live in a world where a person can freely slam the door in someone else's face and expect them to be "right as rain" about it. Sure...we can try to educate them...we can try to condition behavior to the point that, if someone rejects you...if someone says no to something you want badly...then you just need to smile, say thank you, and walk away. Yes, we can try to achieve this utopia. But the pessimist in me thinks that people should all be aware that sometimes this isn't the case. And on very rare occasions, it can backfire spectacularly (and in horrible terrifying ways). When I watch the news and see instances of these backfires...when I see horrible crimes that have been committed because someone was so angry because they had a door to something (that they desired deeply) slammed in their face so many times...I am stunned by how many people come forth and say, "We were so surprised. I can't believe that this man did _____. We never saw it coming." Are we really this naive?

I'm not a criminal psychologist. But I don't think it takes a criminal psychologist to see some horrible shootings that have occurred as a result of repeated "no's" (or their equivalent) heaping on top of unrequited desires for (insert blank). And again, I'm not saying that any of this is right. People should feel free to say "no" as much as they want with absolutely no consequences. But I don't ever hear someone saying to a child, "I want you to know that it's okay to say 'no.' But be aware, that if you do say 'no' to someone...that if you make them feel disrespected in any way...there's a very rare possibility that this someone will not take it well and either hurt you or a bunch of other people. That's just how life works, and you need to be prepared for that consequence. And be aware that the consequence need not be immediate. It could take years of 'no's to eventually break a person. Yours could be the first or last in a long line of them. It's all just Russian roulette and sometimes, in life, ya just gotta take a spin and see how it turns out." Nope...no one says that. Instead the last half of that sentiment gets chopped off and all that's said to the child is, "I want you to know that it's okay to say no."

I think that this is wrong to do. It raises a person to believe that "no" is empowering and that you can throw it in another person's face and they just gotta take it. But it completely ignores or outright disrespects the potential and power of violence. I don't know how many times I've heard people say, "violence doesn't solve anything." It's one of the stupidest things I've ever heard. I usually am swift to correct them by saying, "Actually, violence solves a lot of things. Depending on the level of violence, it has a potential to bring a swift end to any disagreement. It has the potential for finality, unlike any other thing. It just depends on how committed to the violence someone is." I have actually been asked to leave a home because I said this to someone. They were so "shaken" by my ability to point this out. However, in my defense there were others in the room that immediately agreed with me, making this person who kicked me out of their home very cross that I could possibly bring up such a sentiment around their children.

So here's my ultimate point: it's my observation that we are increasingly becoming a society where no one wants to deal with the garbage. And yes, I'm using "garbage" as a metaphor. "Mommy, I don't want to put my hands on the garbage because my hands are dirty and I smell." Yes, yes that is a reasonable thing. However, if there is no one that wants to put their hands on the garbage, the garbage starts to rot and fester and it does start to pile up. There's more and more garbage every day. No one wants to date the garbage. No one wants to live with the garbage. No one wants to have sex with the garbage and get that horrible mess all over us. We are raised to expect better, and (for lack of a better metaphor) to avoid the garbage because we are better than the garbage. Do you get what I'm saying? But I think that the garbage gets tired of being treated like garbage. And sometimes (very rarely) it has a very strong opinion about its perceived "garbage status." Yes, we could just brush it off as mental illness, but I think there's more to this than PTSD, "aspies," and any other flavor of the psychological universe. I think people need to become more aware of the power of anger, and they need to be more aware of spotting signs of anger and treating anger like a disease. If people thought of anger as a disease, they would learn the causes, and learn how to cure it no matter how unpleasant the cure happens to be. But we don't like "unpleasant" conversations as a society, so we'll probably just stick our heads in the sand.

Yes, there can be some spectacular and horrifying consequences to saying "no" to the garbage. If we don't want to deal with these consequences, fine by me. But we should all be prepared for them in any case. We should also, maybe, have a societal conversation between all of us that we should try to say as many "Yesses" as we possibly can stomach before throwing up. Maybe if we all dirty ourselves just a little bit, then no one has to suffer too much.
Posted by Michael Offutt, Phantom Reader at 12:01 AM

Email ThisBlogThis!Share to TwitterShare to FacebookShare to Pinterest
Labels: The Psychology of Men, Why does no one point out that there can be some spectacular and horrifying consequences to saying no