The Walking Dead has been telling us for nearly seven years that the key to leadership is playing a role different from your actual self.

The Walking Dead has been full of interesting villains. However, aside from just being evil, each has adopted a certain "character" to play in leading their disparate groups. I also think this is pretty accurate to how society actually functions. For example, F.D.R. didn't want people to know he couldn't walk, so he played a carefully curated role that people could believe in...one that suggested that he was far healthier than the truth. And over the decades, this kind of thinking hasn't changed much. Just recently Donald Trump called Hillary Clinton "weak" and impled that, "she doesn't have the stamina." It's essentially the same thing. 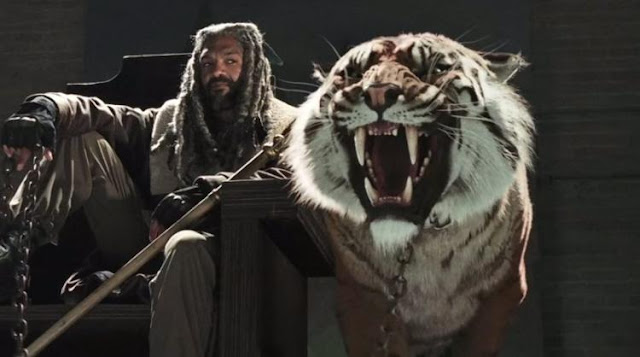 In the second episode of the new season, we met King Ezekiel who is this larger-than-life character living in a place appropriately called "The Kingdom," and who has a sidekick that's a Bengal tiger. All of his men-at-arms are knights and wear armor, and it's kinda/sorta like a modern renaissance fair. And King Ezekiel owns up to what he's doing in a conversation with Carol that takes place near the end of the episode. He says that he knows it's all a ruse, but it's something that the people just needed with all the horror in the world. That's when it occurred to me that all the other "leaders" are also playing a role. The only reason Ezekiel's really sticks out is because it's so wild. 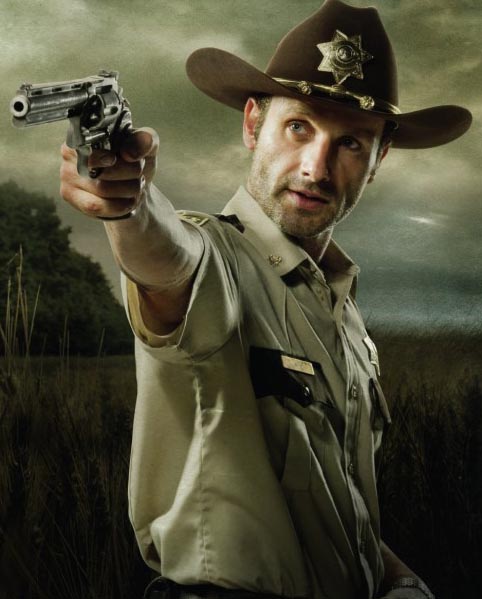 For example, Rick Grimes is still playing at Sheriff. He's changed a lot because of the world, and doesn't hesitate to just kill people these days, but deep down inside he's still very much into justice. And justice from a certain point-of-view can look a lot like revenge. Still, he seems to be able to mete it out without his mind suffering permanent damage because he's sheltered his psyche within this role he's created for himself...he has a job and a responsibility to his people and how he actually feels about doing certain things need to be separated from his duty. As long as he can focus on that, he seems to be able to survive just about anything. 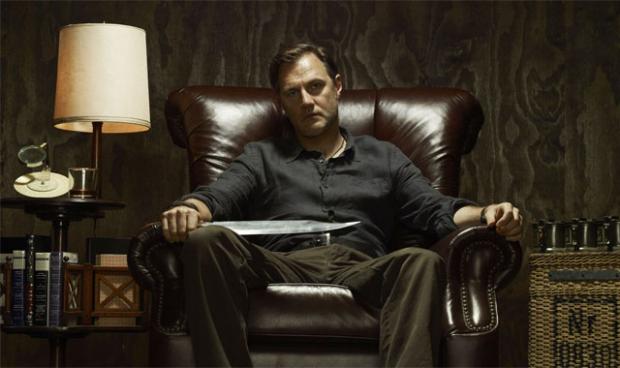 The same could be said for the Governor. Before he ran arrears of Rick Grimes and company, the Governor was a politician, playing this larger-than-life charismatic role as the leader of Woodbury. Anyone that remotely crossed him ended up dead. However, he was fair to most people as long as you had nothing that he wanted or questioned him in any way. And a glimpse inside his psyche via one of the books revealed an even deeper layer: the fact that he was actually playing the role of his twin brother (who died) and the undead daughter he was keeping wasn't actually his biological daughter, but belonged to his brother. He basically assumed the entire role because his brother was a charismatic good man and that's what he wanted to be. People had "admired" his brother. But you only got that story from the book Rise of the Governor. 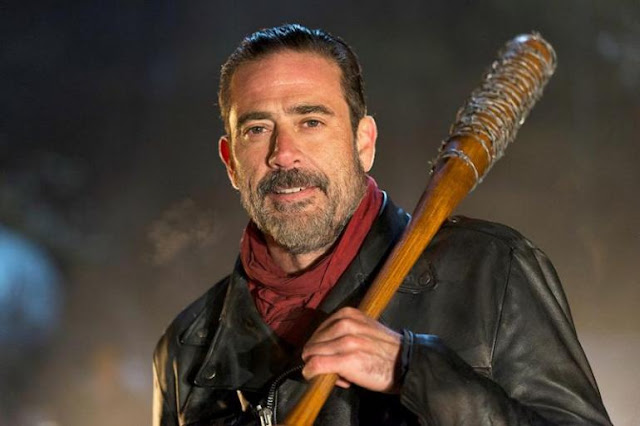 The latest batch of people, called "The Saviors," and led by Negan are no different. Negan's playing the role of a Mafioso. He's in charge of this huge family that extorts The Walking Dead's version of "protection money" from communities in exchange for keeping the "undead menace" under control. That's basically what his roving army does. It maintains the herds so that they don't overwhelm and threaten the settlements of Alexandria, Hill Top, and the Kingdom. In truth, of course, they're just parasites feeding off the communities and not really doing all that much constructive. But it's the character that Negan has decided to play. It's why he insists on following through and keeping his word in front of everyone. People need to see that he means business so that his orders are never questioned. Who knows what he's actually like in person, or what kind of person he was before the event that made the dead rise from their graves.

It's an interesting thing to think that successful leadership may depend on how well you can play a certain role. I suppose it makes sense that some of our most powerful leaders (and those aspiring to the highest offices in the land) are essentially actors. It's a truth that the Walking Dead has been telling all along, but it took me seven seasons to actually see it.
Posted by Michael Offutt, Phantom Reader at 12:08 AM

Email ThisBlogThis!Share to TwitterShare to FacebookShare to Pinterest
Labels: The Walking Dead, The Walking Dead has been telling us for nearly seven years that the key to leadership is playing a role different from your actual self