Stranger in a Strange Land is coming to television on the SyFy channel but it really belongs on HBO. 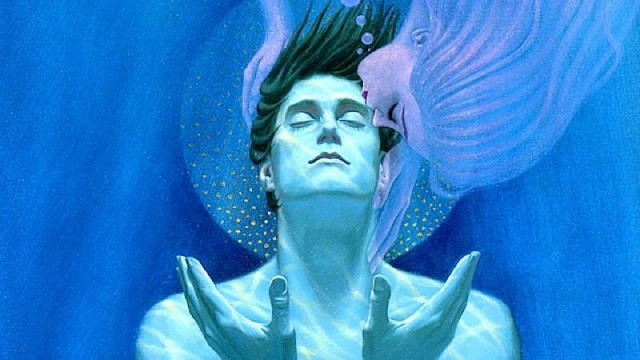 Stranger in a Strange Land is one of my favorite books. In thinking about the upcoming adaptation scheduled to debut on the SyFy channel, I do worry that the network will be unable to do it justice. Much of what makes Stranger in a Strange Land so compelling are the observations made by Valentine Michael Smith, an earthling borne on Mars and raised by Martians (thereby making him the sole owner of the Red Planet as far as corporate rights go). I think it's one of Heinlein's greatest works, because it skillfully navigates the craziness of human existence from the concept of god and how we choose to worship god from faith to faith to faith and even how sexuality all ties into these concepts in ways that most of us fail to notice.

It's also a timely novel and doesn't seem to lose any of its relevance by today's standards. As soon as Michael Valentine Smith is discovered on Mars, corporations and institutions of various kind all try to bend him to their will. Within short order, he's essentially put into prison "for observation" and it becomes clear that institutions (which have an obligation toward self-preservation) will override basic morality if it means they can accomplish their goals. How is this any different than what we saw this year in plurality? But the greatest irony is that Mike learns that in order to connect with the public at large, he must build his own institution because that is the way that people seem to work. And thusly, he founds his own religion (not unlike another "Smith" from history) and eventually meets a fate that is also eerily similar, i.e., he's killed by a mob.

The novel also gives us the word "grok" which originally means to drink water, but morphs into many other things. It comes to be an understanding between two people, or a substitute for some deep understanding of the universe. By the end of the book, "grokking" comes to embrace Mike's idea of god on a cosmic level, and he becomes enlightened to the idea that sexuality (and sex itself) are the greatest gifts that belong to humanity. On Mars, "grokking" is to share water. On Earth, to "grok" extends to kissing and then sharing of other bodily fluids in the ultimate version of what it means to grow closer to another human being.

Now that I've written all of this, I feel that this series should have landed with HBO. But I'm definitely going to give SyFy a chance. I suppose in the end that Syfy just needed to mine another source like Grossman's The Magicians for a profitable series with a built-in audience. Ursula K. LeGuin and Octavia Butler (and other others) are too political subversive for television right now. The hard science fiction crew of Asimov and Niven are probably too difficult for most people to understand, and Orson Scott Card is too damaged to take a chance on any more of his works (seeing as he's basically become a foaming at the mouth alt-right conservative). So Heinlein it is.

Eh, either way I'll be excited about this venture.
Posted by Michael Offutt, Phantom Reader at 12:01 AM