Is true heroism from one of the troubled characters in Game of Thrones the actual fantasy element? 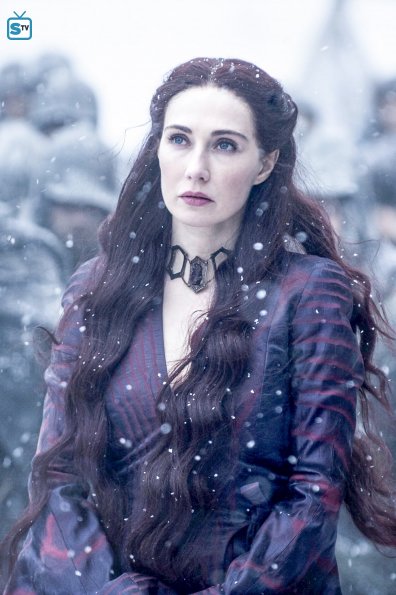 It is difficult for me to understand the mind of Stannis Baratheon. Sure, he's been manipulated and backed into a corner by circumstance and fear and preyed on by the likes of Melisande of Ashai (who admittedly appears to be the real deal since she's capable of feats of real dark magic). However, that he could arrive at the decision to burn his own daughter Shireen alive as a sacrifice to R'hllor so that his men could march on Winterfell is beyond insane. And as Patrick Dilloway tweeted to me, it's also an act that is pretty low even for Game of Thrones.

Earlier this season Stannis seemed like the kind of man all of us readers and watchers out here could root for. He's trying to do what's right by taking the Iron Throne as he is the natural successor to it. He's also shown great military leadership in going north to the wall when the watchers on the wall felt that they were in a very dire circumstance. But to go from the empathy that he expressed for his daughter in a very touching scene at Castle Black to marching his daughter to the funeral pyre...that was awful to watch and heartbreaking too.

It leaves me questioning: why is the Iron Throne worth this kind of price? And all this act of sacrifice is going to do anyway is maybe allow him to take Winterfell (if Melisandre follows through with the claims that R'hllor will deliver the victory to him). Then what? We have a warden of the north that none of the clans will respect because he torched his own daughter and follows the biddings of a witch?

It's a stark contrast to what Tyrion Lannister said to Daenerys Targaryen last week. "To kill those who are devoted to you does not inspire devotion."

I should say that this is yet another scene that I haven't read as it's probably in the "to be released" edition of "The Winds of Winter." Honestly, at this point no matter what Stannis does to please R'hllor, I think he is unsuited for rulership and any kingdom he did rule would just be under the thumb of another tyrant. I suppose that says something more about me than it does anything else. I feel like the iron throne should go to a true hero. I wonder why I even think that. Is it because it's some kind of reward, because it sure looks like a kind of curse, considering the bitter politics involved in seizing it.

What do you think? Do you want the iron throne to go to a hero? Or is true heroism from one of these troubled characters actually the fantasy in Game of Thrones? That would be brilliant right? George R. R. Martin laughing at all of us and saying, "The true fantasy is real life in that there are no heroes. You can populate the world with dragons, magic, and white walkers, but if you're true to life there are no heroes except in literature."

Posted by Michael Offutt, Phantom Reader at 12:34 AM

Email ThisBlogThis!Share to TwitterShare to FacebookShare to Pinterest
Labels: A Dance With Dragons, Game of Thrones, Is true heroism from one of the troubled characters in Game of Thrones the actual fantasy element