Why does Ra's al Ghul want Oliver Queen for the demon's head? Aren't there other more readily available options? 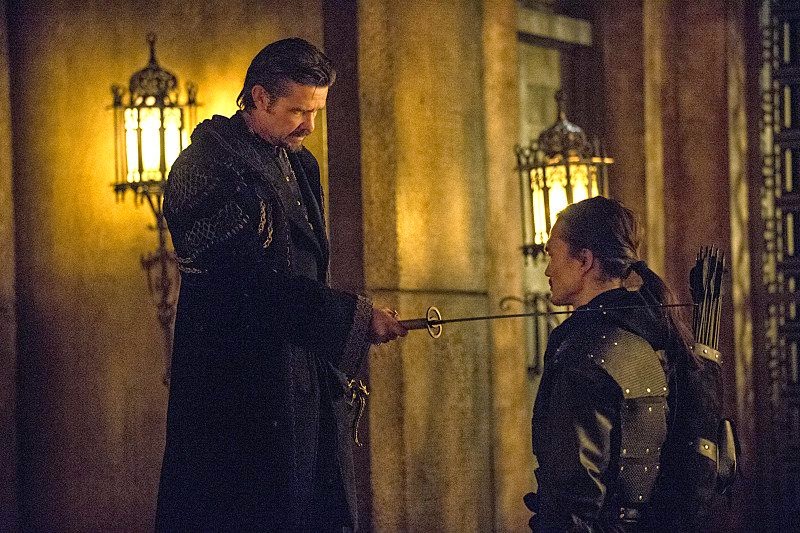 I remember a few weeks back, Patrick Dilloway said that Oliver Queen needs to have Barry travel back in time for him and fix a few things. The trainwreck that is Arrow took another casualty last night: Oliver Queen himself. It seems pretty permanent but then again so did Oliver's death in the mid-season finale. I mean, Ra's al Ghul actually drove a sword through Oliver and kicked him off the mountain. The way he came back was obviously magic, but they really like to downplay it in this show, almost as if they are afraid to show it because if they do it'll make everything less gritty and real.

Oliver (in order to save his sister's life) had to travel to Nanda Parbat, which is the stronghold for the League of Assassins. Of course Ra's al Ghul was waiting for him along with the entire league: all of them kneeling  because he's the next in line to take over from Ra's himself. The goal was to dip Thea into the possibly personality changing resurrection waters of the Lazarus Pits, because no matter how much she changed (even if she started chewing on the carpet) Oliver couldn't live without her. Even Thea's dad Malcolm Merlin, who regularly takes shots of asshole with "I'm a selfish prick" chasers, didn't want Thea to come back. That was a pretty strong thing to say about his only daughter, and I think it doesn't bode well for season 4 when even more tragedy can befall our heroes because of Thea Queen.

Oh yeah...and Felicity got nailed by Oliver. That was awesome, and I've been waiting for it for three and a half seasons. Finally! But it wasn't really meant to be. I mean...heroes can't be happy right?

I love how the CW is exploring different options for unresolved love stories in Arrow. I really got tired of the love triangle that was Lana, Clark Kent, and whoever Lana was interested in at the time in Smallville. It dragged on season after season, and I think maybe the two of them had happiness for two or three days during all of that.

With Arrow, it's different. They actually let their characters express love with one another and let all the raw feelings come pouring out. They just keep them from being together by injecting the League of Assassins, introducing a cock-blocking flying superhero that buys Oliver Queen's company, or they just flat out kill characters off. Goodbye Sarah...goodbye Roy...goodbye Maseo's son... It makes me think that George R. R. Martin's (and perhaps the Walking Dead's) influence on television has been immeasurable. Regular characters die all the time now, and I actually like the gritty realistic dimension this adds to the shows I watch.

The only thing I can't figure out is why Oliver Queen? Why does Ra's al Ghul think that the Arrow would make the perfect head for the Demon? Maybe the whole thing is a plot contrivance to make the show even darker than it already is. I'm sure Oliver (once he escapes from the League at some point) is going to pretty much be a cold-blooded killer. Sigh. I just hope he doesn't kill Felicity. Man, that episode would be hard to take.
Posted by Michael Offutt, Phantom Reader at 7:31 AM

Email ThisBlogThis!Share to TwitterShare to FacebookShare to Pinterest
Labels: Arrow, Why does Ra's al Ghul want Oliver Queen for the demon's head