How the Fast and the Furious evolved from a police crime drama into Mission: Impossible and the world rejoiced 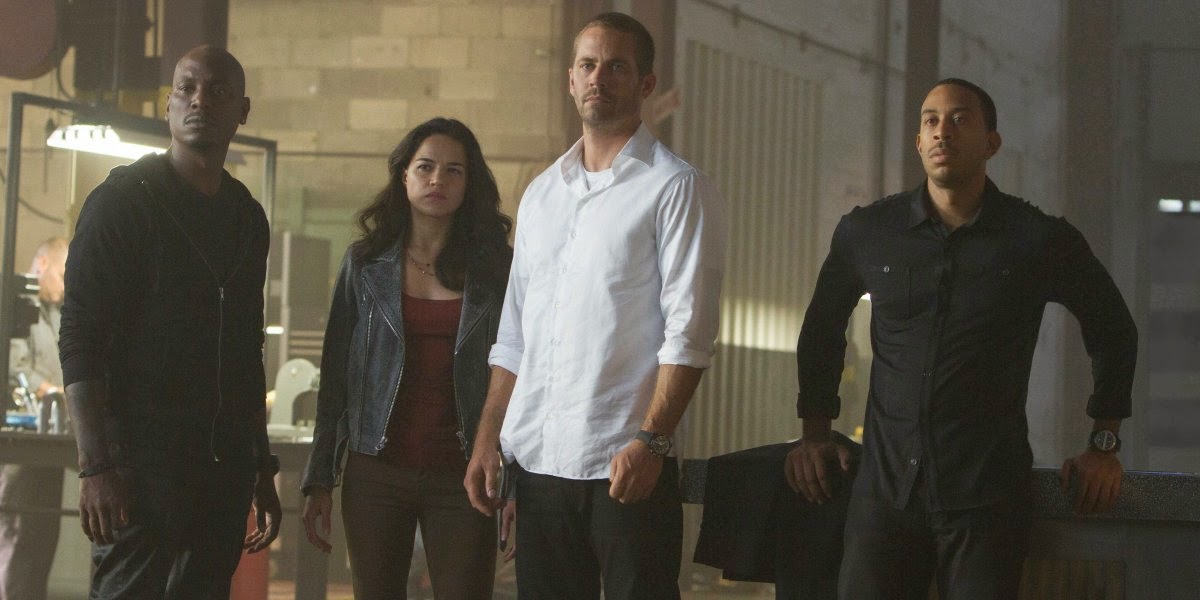 I have always been a fan of the Fast and the Furious. The first entry into this series came in 2001, and basically centered around undercover cop Brian O'Conner (played by the late Paul Walker) who has to stop semi-truck hijackers led by Dominic Toretto (played by Vin Diesel). The entire script was written to include as many car races as possible, and to showcase the tawdry world of racing for pink slips in tricked out rides that can drive a quarter mile in under 10 seconds (from a standstill). It was basically a police crime drama with a pretty simple plot, but it was also exciting because fast cars are awesome.

The sequels started moving the franchise further from its roots. Brian became an antihero along with Vin Diesel, more characters were added, and the films incorporated major villains with lots of money (think Bond). Fast Five was the film that I first recognized as having nothing to do with the original movie's plot formula. Allow me to elaborate.

First, Fast Five was a heist film. Second, it had essentially transformed into a Mission: Impossible-type show where a team is given a goal with a really high difficulty level and each person has to perform their role in the "mission" perfectly or risk complete failure. I was fascinated that it had morphed into this whole "spy thriller" kind of show without being associated with any kind of government agency (The Kingsmen, The Bourne movies, the James Bond movies, etc.). I guess my fifteen second pitch for it would be, "Think of Ocean's Eleven and then add cheap women, beer cans, and really fast cars while filming the whole thing in Brazil." In a word, "brilliant."

I suppose the biggest contributing factor to this transformation from cop drama to heists is Vin Diesel. Having penned a deal with Universal to take control of the franchise in 2006, Diesel knew what people wanted: a bromance with strong familial ties and plots with strong villains so that everything is good vs. evil. You've heard the saying, "The strength of the story depends on the villain," right? The Fast and the Furious franchise knows this probably as good as the Harry Potter franchise, and that's saying something.

I honestly can't wait to see Furious 7 tonight, because I love spy thrillers with high tech gear, lots of muscles, gun kata, and powerful villains. The stunts look bigger than ever, the mission looks more impossible than ever, and the villain looks really evil. I'm sure Paul Walker's death on screen will be a real tearjerker. More than that though is the awareness that this franchise has staying power in the same vein as Mission: Impossible, the Jason Bourne movies, and the Bond films. And I think that's just awesome :).

Posted by Michael Offutt, Phantom Reader at 7:27 AM

Email ThisBlogThis!Share to TwitterShare to FacebookShare to Pinterest
Labels: Furious 7, How the Fast and the Furious evolved from a police crime drama into Mission: Impossible