The Flash is turning in a spectacular season thus far so I want to know how do you think it will end? 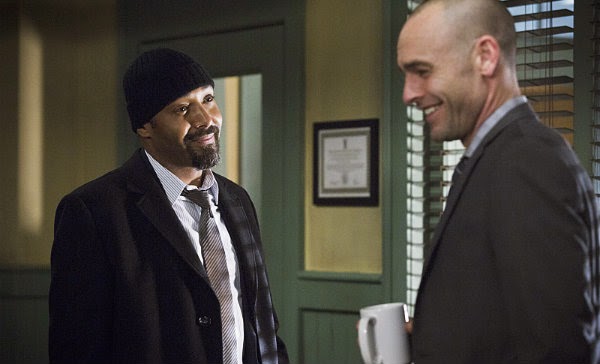 The Flash is turning in a spectacular season. With only a few episodes left, the heroes, i.e., Barry Allen, Cisco Ramon, Catelyn Snow, Eddie Thawne, and Iris's father Joe are closing in on the evil Dr. Harrison Wells, a.k.a. the Reverse Flash. I have to admit that I originally thought that the Reverse Flash might not translate well to the small screen. But the CW has really pulled this villain off. He's legitimately scary, capable of doing the most evil things as long as they coincide with his own self interest. In a word: diabolical.

Last night's episode had some really great moments. First, I was glad to see that Iris became useful by spotting (correctly) that her boyfriend had been framed in the video because he's not left-handed. That was great. And I think that the chemistry between Barry and Eddie Thawne is actually creepily good, considering both of them are straight. Everytime Eddie and Barry get close and have a heated (full of feels) conversation I really want them to kiss. Seriously. You gotta be with me on this Sarah Falen.

Also, Cisco being such a huge fanboy for Laurel just adds to his charm. I was a little disappointed that Laurel only hooked him up with a pic of them together ala Black Canary costume. Keeping the picture in the envelope might have been better. It would have allowed us sketchy types out here in the universe to thinking that she gave him nude pics (hey I can't help where my mind goes...)

So here's the thing. I think that the team of heroes is in an even more dangerous situation than they even realize right now (which would be par for the course because Barry got duped by the shapechanging guy disguised as Eddie Thawne when he knew Eddie Thawne was in police custody). Wells is this super villain and he's literally gathered an army of supervillains under one roof that he could release all at once if he wanted to. Everybody in the building, possibly in the city, might just be screwed.

What do you guys think (obviously if you are watching the show)? Is the season finale going to be an all out bad guy bash with the cell doors popping open all over S.T.A.R. Labs and unleashing fury on Central City? Or do you think it will be a one on one showdown between Barry and the Reverse Flash? It's not like we'll be in suspense for long because the end is coming soon.

Email ThisBlogThis!Share to TwitterShare to FacebookShare to Pinterest
Labels: the Flash, The Flash is turning in a spectacular season thus far so I want to know how do you think it will end