On Forget does the Walking Dead ask is it human nature to be mad at those who haven't had to suffer? 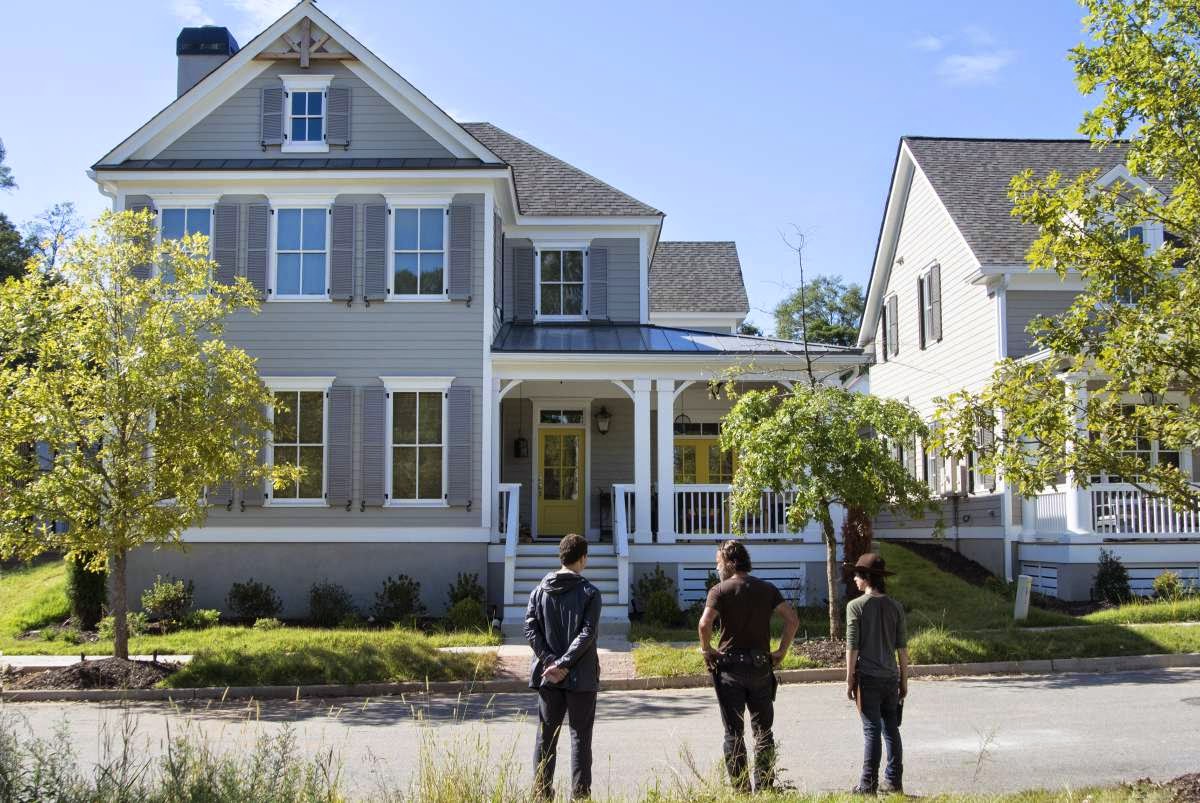 The Walking Dead is masterful at the art of reinvention. This week's episode called Forget basically asks the question: is it human nature to be mad at those who haven't had to suffer? When Rick's group first went through the gates of Alexandria last week, they looked like feral animals. Every single one of them had been pushed to the point of exhaustion, and Glen even said, "I think we were almost out there too long."

Now this week the people in charge of Alexandria threw a party at their house, Carol made cookies, Michonne put on a dress, and Sasha completely lost it when a friendly neighbor asked her what her favorite dish was so that she could make it. "I'm worried that I'd get it wrong," she says to Sasha which causes the meltdown with her yelling, "THIS IS WHAT YOU WORRY ABOUT?!"

Then there's Carol breaking into the gun storage. Sure, the first thing she steals is more chocolate from the freezer, but then she gets down to business stealing guns for them to carry (because they don't have the ability to trust anymore). A small boy follows her through the window to the gun storage and surprises her. His motivation? He was hoping she'd bake him more cookies. Carol responds by threatening to remove him from the safety of his bed and leave him outside the wall, tied to a tree, and screaming while the dead come for him to eat him alive if he tells anyone. It was truly frightening and really shows how the zombie apocalypse has turned her in particular into a psychopath.

However, to get back to my original point (that being is it human nature to be mad at those who haven't had to suffer) I'd have to say yes. Who among us who has had a hard time at various stages of life doesn't experience some kind of jealousy or resentment for those who appear to have had it easy? How many times do you come across articles on Facebook where people disparage those coming from wealth or privilege? It's fascinating that five seasons into this show, we are now tackling this very modern question having to do with income inequality and society. To effect, it's incredibly creepy and awkward and contrasts so hard against the harshness of reality that even those in that world (a.k.a. Sasha) say, "This isn't real!" Why? Because life's too good, right? You're only alive if you're suffering...so, there has to be some catch to it. And this is after facing communities of cannibals and communities where rape is institutionalized and communities where the living are in denial of the dead and just think of them as being sick and end up getting eaten.

It makes me wonder, can we put up our own psychological barriers that keep us from enjoying life? Can a hard life make us feel undeserving of something good when it comes our way. It's frightening to think that can be true, but with the financial success I've been having lately, I found myself realizing that it took some time to get used to the fact that I've earned my success and deserve it, rather than looking at it as if it somehow could evaporate or that it wasn't "real." Maybe I've looked at things so pessimistically with a "this has to fail" attitude that I've closed myself off from real opportunities. And it's so strange that it took an episode of a tv show to realize that I may be the feral human that's been invited into an Alexandria (of sorts) and have been suspicious of it ever since I moved in. Maybe all of us could take a moment and ask ourselves the question: am I truly ready for success when it comes or will I be terrified of it because it means it will change my life?

What do you guys think?

Posted by Michael Offutt, Phantom Reader at 12:16 AM

Email ThisBlogThis!Share to TwitterShare to FacebookShare to Pinterest
Labels: On Forget does the Walking Dead ask is it human nature to be mad at those who haven't had to suffer, The Walking Dead