This Rob Lowe trailer treats Shark Week like a boss 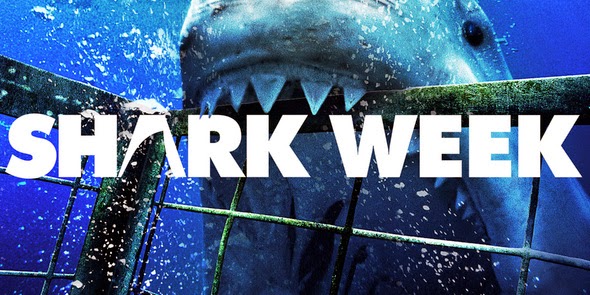 This Rob Lowe trailer for Shark Week is over the top fun as he's #likeaboss riding a pair of sharks like skis. As a caveat, I'm terrified of sharks. I got scarred by seeing Jaws when I was way too young to be watching sharks chomp people in half. Now, I understand that they perform a necessary duty for the ecosystem, but I don't think there's ever going to be a time when I choose to go swimming in their food bowl, a.k.a. the ocean. These predators are so finely honed to smelling blood that they can detect a single drop in an area the size of an olympic swimming pool. And apparently, they like to eat things with a high concentration of body fat (which is another reason for me to stay out of their food bowl).

I plan on watching "Shark of Darkness: Wrath of Sumbarine" which I hope is not given the megalodon docudrama treatment from 2013. If you don't watch "Shark Week" (sharks aren't for everyone?), last year Discovery aired a fake documentary about megalodon supposedly still being alive (and not extinct). Well this year, they are highlighting a famous shark dubbed "Submarine" by the locals. Submarine is the name of a 70-year-old legendary shark that haunts the South African waters, has been sighted numbers of times, and eye-witnesses claim its a 35-foot-long great white. Oh yeah...it's eaten a lot of people. Just to give you a little perspective, Jaws was only 25-feet-long in comparison. So this thing, if it's real, would be the size of a huge bus.

Here's the schedule for the rest of the week: