Attack on Titan has got me hooked and I really do like to root for the little guy. 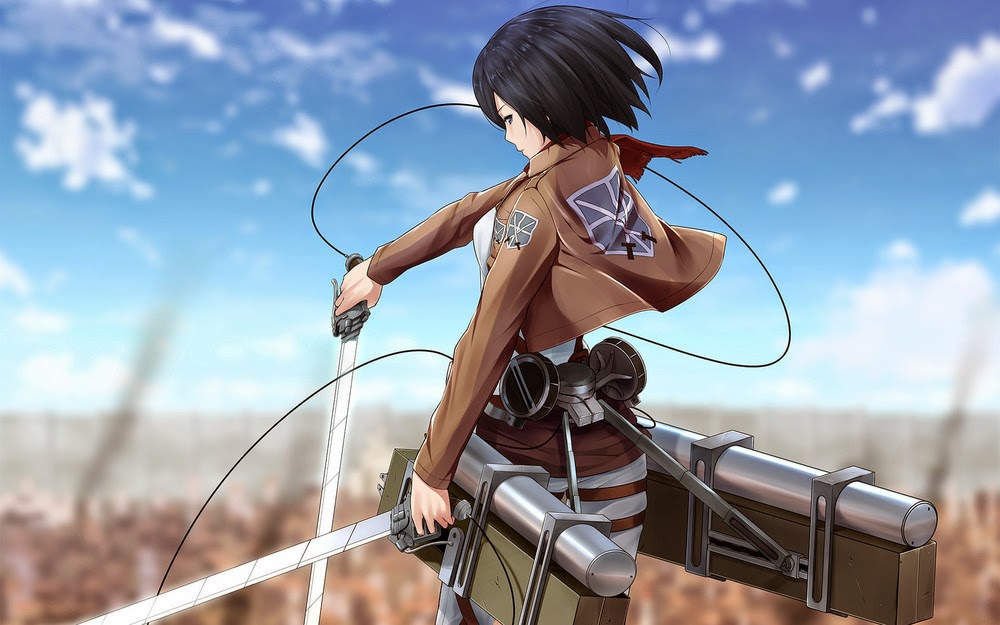 I started watching Attack on Titan because of a review I read on David Power's King's website. I have to say, I'm very impressed with this anime. As you may know, I love kaiju films and things that are in the kaiju genre. Well, Attack on Titan delivers all the fun, the horror, and the awe I get from these films in spades. I'm about halfway through the first season, and for those of you who have never heard of Attack on Titan, the premise is pretty simple: mankind is facing an apocalypse brought on by the appearance of gargantuan sexless humanoids with huge mouths that roam the planes in search of people to eat. It's all that chomping, chewing, and blood spitting that brings out the real horror of Attack on Titan. And the resourcefulness of the people who came together in a time of great need to build three huge walls is also pretty cool. And when I say huge...I mean walls that are hundreds of feet high and half again as thick. 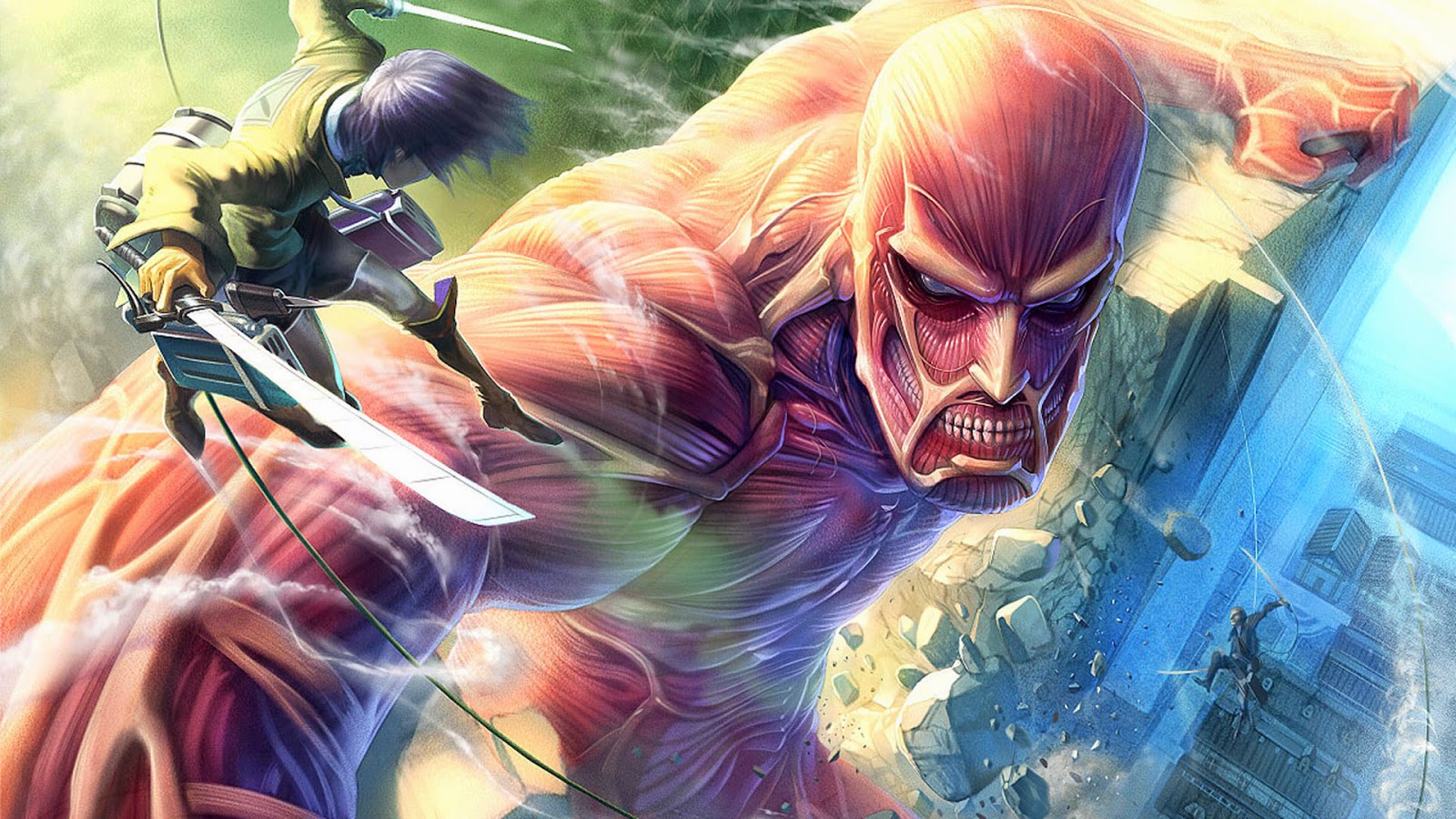 Walls in fiction have always kind of fascinated me. The first wall that captured my imagination revealed itself in King Kong. Why did the natives of this island build such a huge wall? What was out there that they feared so much? The second wall that drew me in came from George R.R. Martin. Again...why the hell is there an 800-foot wall dividing the North? Theories abound but my bet is that the wall wasn't constructed by humans but by the White Walkers, who forged an uneasy truce with the Night's King to keep people from out of the North. But I digress. In short, walls are interesting.

Attack on Titan is a smart anime. Its characters are fully developed, and it doesn't hold back its punches. Furthermore (just like The Walking Dead) no character is safe and that just serves to heighten the tension. Additionally, it's got all the bravado of Pacific Rim. In Guillermo del Toro's robot vs. kaiju fantasy, men piloted huge robots to great effect vs. huge beasts from another world. In Attack on Titan, a boy finds a way to mind meld with a titan by pressing his body into its spine, and therefore control it so he can destroy other titans. That's clever, and I wonder if Guillermo should take a page from the manga of Attack on Titan and have people mind-melding with kaiju in the follow-up to Pacific Rim (which has been greenlit). 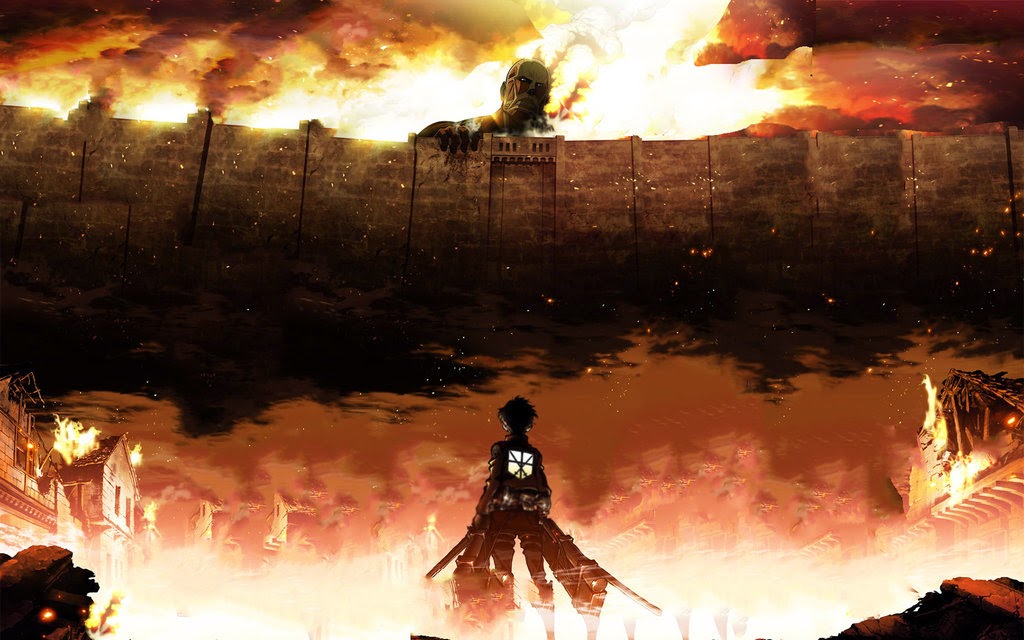 But my admiration for the show doesn't stop there. I also like the smart trappings of Attack on Titan. The warrior characters use gas-propelled jet packs to launch themselves into the air, and each has a pair of cables that can be slung into the sides of buildings like spider-man swinging his way between the skyscrapers of New York City. And the titans aren't just run of the mill giant people. There's one that is especially colossal and he doesn't have any skin. There are big ones and small ones and ones with terrifying overbites. All that chomping and chewing really does strip away the humanity from these monsters (and I say humanity because they look like giant humans). In some ways, it makes me ask this question: is this what we look like when we're eating? Good lord I hope not. 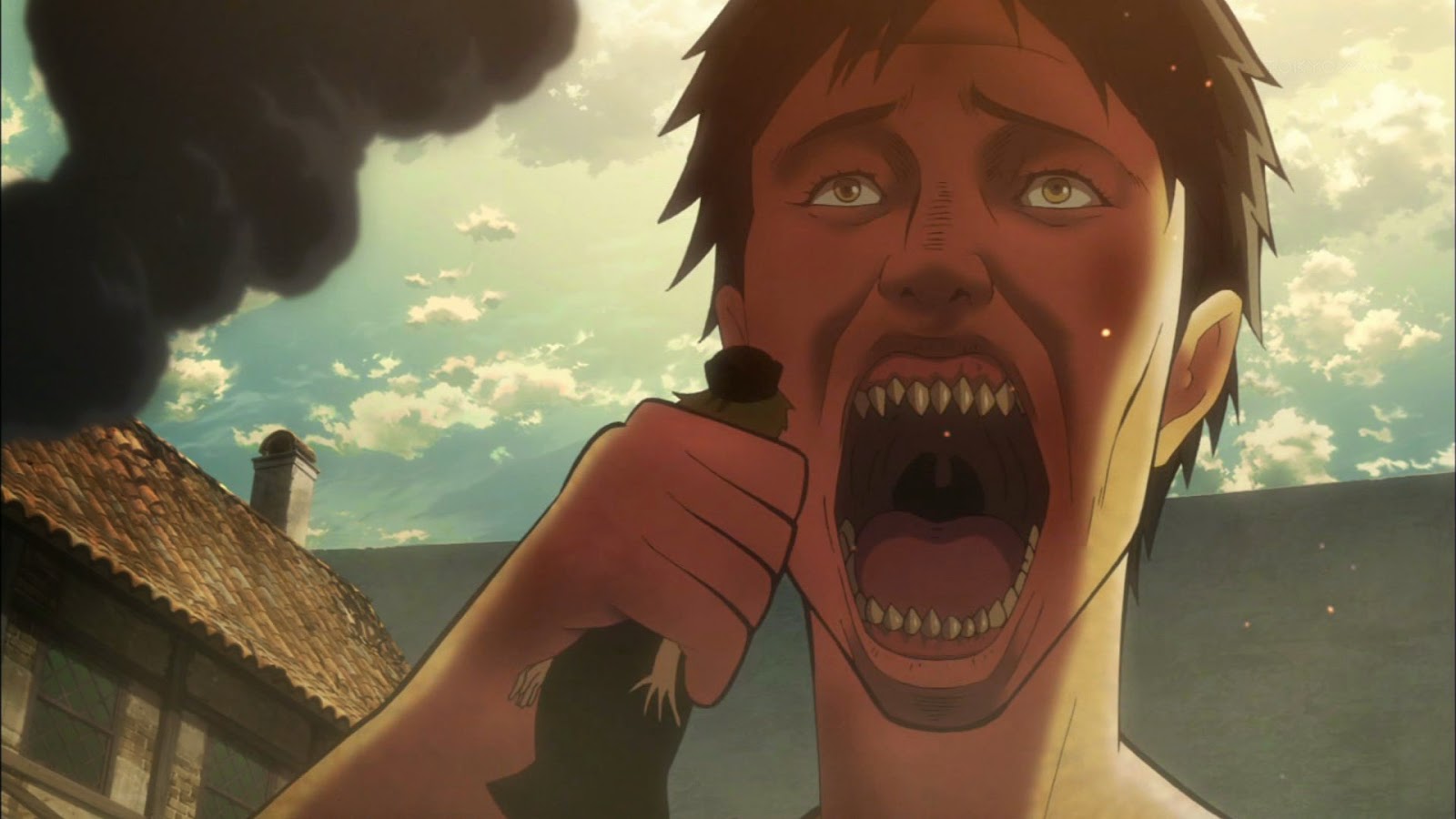 But ya know, it's kind of interesting that the actual humans in the show spend so little time eating. Maybe this is a subliminal message from the producers of the show: that all of us need to be mindful of gluttony because when we eat too much we end up as a horrifying caricature of our former selves. But even if I'm wrong about that, it doesn't matter. What does matter is that Attack on Titan has got me hooked, and it's apparent to me that I really do like to root for the little guy.

Are any of you watching Attack on Titan? If so, what did you (or do you) think of it?
Posted by Michael Offutt, Phantom Reader at 6:39 AM

Email ThisBlogThis!Share to TwitterShare to FacebookShare to Pinterest
Labels: anime, Attack on Titan, Attack on Titan has got me hooked and I really do like to root for the little guy