George R.R. Martin has given up on being the first person to tell his story and is going to let HBO do the job for him 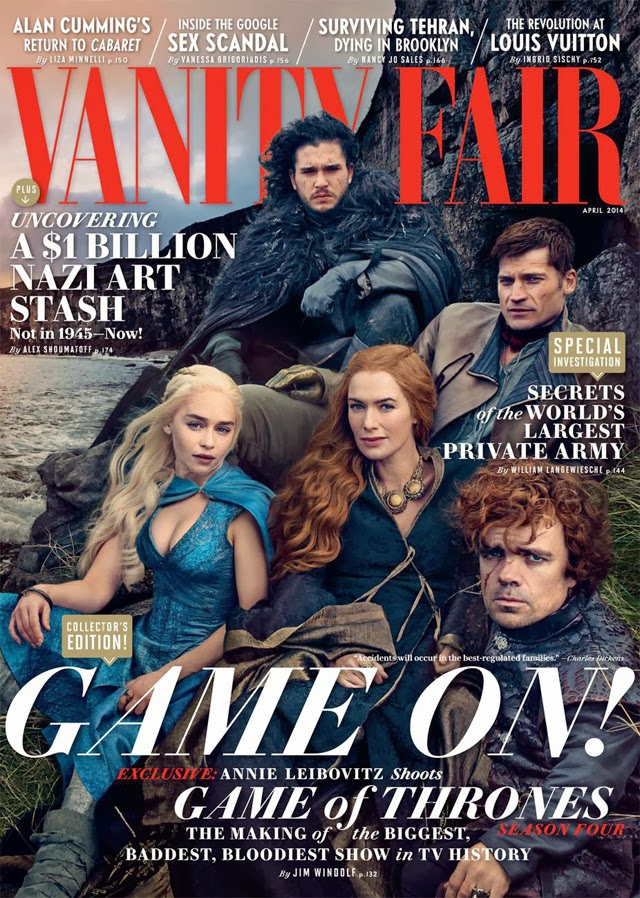 It turns out that HBO's television series is going to tell the entire story BEFORE Martin finishes it. I have never EVER heard of this happening and it really makes me angry. Adaptations of books happen AFTER the book is published and written. The reason this is happening with Martin's story is simple: he's too f'ing slow and he has a contract with HBO, D.B. Weiss, and David Benioff (the show's creators). It's actually kind of ridiculous. Here's how it all went down (according to Vanity Fair).

In the article, Martin confessed that the show is catching up to his writing speed and that this is essentially something he had sworn would never happen. In Martin's own words, "They are. Yes. It's alarming." Fans (including me) have weighed in that season five (to arrive in 2015) will have to include events from The Winds of Winter--a book that Martin hasn't finished yet.

How do Benioff and Weiss know about the events? Well Martin's capitulated and is basically telling them everything from his notes. He's given them access to every character's fate in as much detail as he possibly can. Here's the actual copy from the Vanity Fair article:

[Benioff] "Last year we went out to Santa Fe for a week to sit down with him [Martin] and just talk through where things are going, because we don't know if we are going to catch up and where exactly that would be. If you know the ending, then you can lay the groundwork for it. And so we want to know how everything ends. We want to be able to set things up. So we just sat down with him and literally went through every character."

So yeah, Martin has basically given up on being the first person to tell his story and is going to let HBO do the job for him.

Are you f'ing kidding me? Is this at all how an author is supposed to behave? The last book in the series is supposed to be called A Whisper of Spring. I guess underneath the title it will say, "Adapted from the television series."

What a joke. I guess the joke's on us though because Martin is the one that is a millionaire twenty (or more) times over.
Posted by Michael Offutt, Phantom Reader at 6:49 AM

Email ThisBlogThis!Share to TwitterShare to FacebookShare to Pinterest
Labels: George R.R. Martin, George R.R. Martin has given up on being the first person to tell his story and is going to let HBO do the job for him, HBO's Game of Thrones, The Winds of Winter