Is Godzilla going to be a misunderstood hero to the people of the Earth? 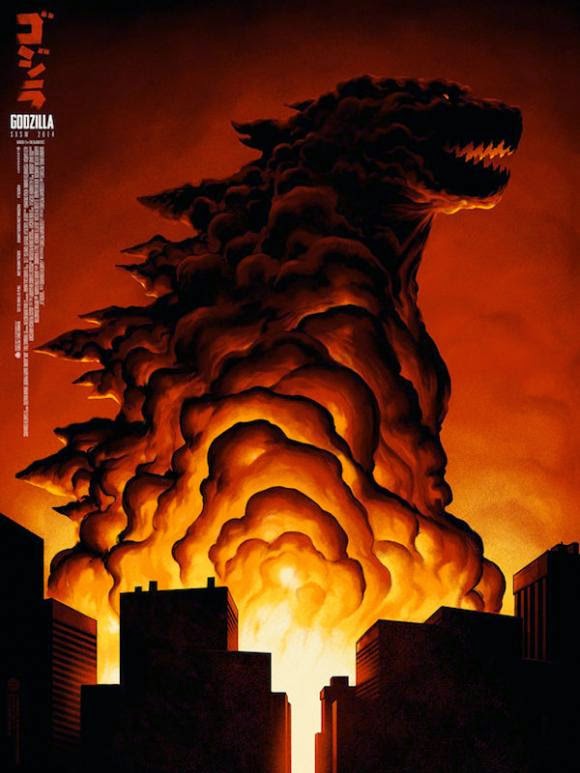 I think if you're reading this, then you've probably watched a trailer or two of the new Godzilla movie. It's pretty basic stuff: huge monster is destroying cities and wreaking havok and just generally being the most badass thing around. However, I'm beginning to suspect that (despite all the destruction and lost human lives that will result from this thing coming out of the ocean) Godzilla is a good guy.

Recently io9 highlighted a description found on a toy that's available for purchase as part of the extended marketing campaign for this movie. Read it for yourself:

"Possibly the last of an ancient species of giant amphibious creatures that evolved at a time when the surface of the Earth was over ten times more radioactive than it is today. Godzilla can convert his radiation stores into a violent, focused exhalation of atomic ray. Rarely seen, but spoken of in ancient Pacific Island myths, "Gojira" was last spotted in 1954, when the U.S. Navy encountered and attempted to kill him with an atomic blast in the Pacific Ocean. Since then, the giant creature has been living in the deep ocean – until a threat to his survival from an ancient foe forces him to reappear."

Combine this with some stuff that came out of the Austin SXSW convention when a select few were invited to watch a scene from the upcoming movie. This excerpt first appeared on The Nerdist:

"We return to the Honolulu airport just as the power is being restored to the tram. The crowd on the train has a brief moment of relief before all awesome holy hell breaks loose. The tram is thrown from its tracks by a massive Kaiju that stylistically looks like a combination of a mosquito and the Cloverfield monster. It looks like this is the creature the government had a bead on over the radio.

The tram dangles precariously as Aaron Taylor-Johnson reaches out to save his young ward. But even if he does, who will stop the creature destroying the airport? Who the hell do you think? In a pretty heroic reveal for a character that has already caused mass destruction in his own right, the King of All Monsters steps up to put a smack down. With a massive roar, we get our first full look at the original big bad ass. And he is gorgeous! A perfectly updated look of Toho's creation stands before us."
So yeah, Godzilla smashes the smaller kaiju/mosquito thing. The last line of the description on the toy suggests that Godzilla has emerged from the ocean to attack an ancient foe. So maybe there's going to be this outbreak of kaiju in the film and Godzilla is there to deal with it and humans just get in the way. That makes me think this will be an even more interesting movie than I originally thought, because it shows layers of Godzilla that previously appeared only in poorly done Japanese films.

What do you think? Is Godzilla going to be a misunderstood hero to the people of the Earth? Or is he just another monster that wants to gobble people up? As usual, only the important questions are discussed on my blog. As you were :).
Posted by Michael Offutt, Phantom Reader at 1:28 AM

Email ThisBlogThis!Share to TwitterShare to FacebookShare to Pinterest
Labels: Godzilla, Is Godzilla going to be a misunderstood hero to the people of the Earth, Muto