Generation X and every generation to follow was lied to from the beginning: Scarcity is real in everything.

When my friend Meg couldn't find an eighteen pack of eggs in the grocery store on Sunday evening, I realized the truth of that moment: scarcity is very real. And it's in everything. It just wasn't that real in America until 2020. There was an illusion machine here, made from twigs of propaganda, and by a profit-driven healthcare industry that makes money when Americans are happy.

But 2022 scarcity is more than just an uncomfortable truth. It's more than just, "Mike can't find a pack of 18 eggs and must settle for something else." It was also a moment of personal empowerment, because I had an epiphany. It was a moment of validation, because it provided an answer to A LOT of troubling questions I've had about life when things happened to me (and others) that didn't make sense. So, this particular post is dedicated toward pointing out all of this scarcity and making a mockery of the many gaslighty idioms that fall from the lips of people who lack self awareness of their own privilege.

Let's start with Alaska. If you didn't know, Alaska called off (for the first time in history) the snow crab fishing season that such shows as Deadliest Catch have highlighted for cable viewers. Why did they do this? Because the snow crab population has absolutely cratered. It's down like 90%, and they are so panicked by it that they want to conserve what's left and take measures to help the population recover. And that means that fishermen are out of business. So why is this happening? Scarcity...that's why. There aren't enough snow crabs. Who knows? They may go extinct. But the capitalist idiom that could be useful in this situation would be for some smug a-hole to walk around and tell those fishermen, "You just need to work harder." It's the most tone deaf attitude, but hey...I've heard that stuff all my life.

The Mississippi River too is drying up really badly in places. It's so low that barges are having difficulty operating on the "Mighty Mississippi." Below are some pictures, and they aren't from "Chy-NA!" Imagine Huck Finn and Tom Sawyer playing in those puddles near the Memphis bridge. Why is this happening? Because fresh water is scarce, and now people are finally seeing that this scarcity is real and it's everywhere. Is it in Utah? Yep! The Great Salt Lake is now half its size, and you can physically walk to the islands that are in it without getting your feet wet. Is it in California? You betcha. Every year another portion of it burns up. As a result, good clean air from the outdoors is getting scarce too. But maybe some smug a-hole should suggest that we all rake the forest or take shorter showers. That'll fix it! It's not the world that is terrible, silly! It is you! You need to pull on those bootstraps! 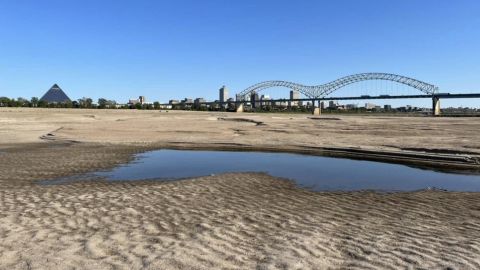 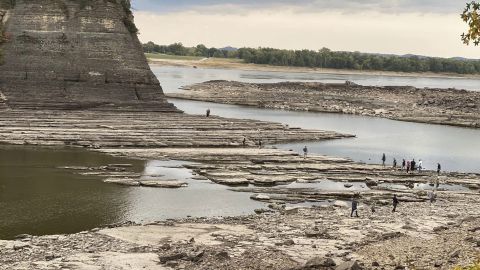 There's a loneliness epidemic in the United States. I'm not making this up. Seriously. There are tons and tons of people that no one wants to be around, and I can't blame them. I bet if I asked them, "Would you like attention?" They'd say, "Yes, I would." And then I could reply, "Sorry, there's an attention scarcity right now in the United States." Have you heard that young men are in crisis mode? Have you heard that a lot of angry and disaffected men are becoming violent, because they cannot find consenting partners? I'm gonna take a stab and say there's a love scarcity too. But how is this possible when I've been told on more than one occasion by smug a-holes that "there is someone for everyone."

What about good paying jobs? Surely, there isn't a scarcity of good-paying jobs! Oh...but there is, and there's data to prove it. Not everyone can have a good-paying job. There is always going to be someone who is stuck with the low-paying terrible job. That's how capitalism works. So why don't we teach this? Why don't we tell kids, "Look...life is terrible and hard. I don't know how yours is going to go, but you could seriously die alone, broke as a joke, and with no food and water. Everything is scarce, and you need to be grateful for every win and to not crap on people, because life is about survival." But this isn't what we say. Instead I hear, "Oh baby, you deserve anything, and you can do anything. You're so smart. Don't worry about anything. It will all work out." But no it won't! That's a lie. There are plenty of examples of things "not working out!"

Surely there isn't scarcity in food. Oh wait. Yes, there is! There are people in our country who don't have enough food. But wait a minute...this is America...at least there's no scarcity in housing! Oh ding! Wrong again! In my own state, 76% of people can no longer afford a home. Why? Because the people who own homes don't want to sell them unless they pocket hundreds of thousands of dollars. But the official reason (because no one wants to call their neighbor a greedy S.O.B. is that there is "more demand than supply," and "high interest rates" and blah blah blah). Scarcity in money, and scarcity in places for people to live.

I don't know how many times I was told growing up, and then in my twenties, and then in my thirties, and so on and so forth, "Mike...stop making excuses! You just need to work harder. People that work harder get the rewards!" This is a lie. It simply isn't true. Working harder only increases a random chance that something "good" might come of all that labor. But unless you are lucky, it will not overcome scarcity. Period. And living in denial that there is scarcity in literally EVERYTHING and that somehow all the things you failed at are YOUR FAULT BECAUSE...YOU LAZY is just a recipe for mental illness. Ironically, there is no scarcity in mental illness. We now have an abundance of that to go around in the United States.

It frustrates me that more people don't live in the present and live in the truth of what's really happening. Gaslighting people is a hideous thing to do, and it makes it harder for our society to address scarcity in all of its forms. But in the least, I'm getting a certain kind of validation from the calamities of the world, because I realize that most of the things I failed at were out of my control. I just didn't have the luck and privilege of making those things a reality. It would be so nice if those who do have the luck and privilege (to overcome various scarcities in all of their forms) expressed a little gratitude for just once, instead of being a smug jerk.

How amazing would that be for someone to say, "I'm truly blessed, and I was born with a thing that I take for granted that you literally can never have?" They could finish with, "I am so thankful for this, and I feel so sorry for you. It isn't fair, and life sucks." But I've literally never heard these words from anyone in my life.

That kind of self-awareness (it appears) must be pretty scarce too.

Posted by Michael Offutt, Phantom Reader at 12:46 AM

Email ThisBlogThis!Share to TwitterShare to FacebookShare to Pinterest
Labels: Generation X and every generation to follow was lied to from the very beginning, Scarcity is real in everything